A hunting-case movement is one that is designed to fit into a case that has a protective cover over the crystal (glass). The cover is released by pressing down on the crown (the correct name for the winding knob). The movement is designed such that the winding stem is at the 3 o'clock position and that the seconds dial is at the 6 o'clock position. It's made this way to facilitate the proper means of holding the hunting-case (HC) watch when opening it.

When opening the cover of a HC watch, always hold the watch in your right hand, with the crown at your right thumb and with your left hand over the cover. Once the cover is released, ease it open with your left hand, without letting it hit hard as it swings open. The watch will be in the correct position to read the time. There are no proper "stops" to catch the cover and letting it spring open eventually damages the hinge. Similarly, when closing the cover, always press in the crown with your right thumb until the cover is firmly closed, then release the crown so that the inner catch, latches the lid in place. "Snapping" the cover closed without pressing in the crown eventually wears away the lip that the inner catch grabs onto.

An Open-Face movement has its winding stem at the 12 o'clock position. It's made this way to facilitate the proper means of withdrawing the watch from a pocket to see the time. If you were to hold your hand flat, with the thumb pointing upward and slide it under the chain, where the chain enters your pocket, you can grasp the chain between your thumb and the base of your first finger. Upon withdrawing the watch and rotating your palm upward, the watch will end up lying across your fingers in the correct position to read the time.

When a movement designed to go in a hunting-case (one with a metal lid or cover over the crystal) is placed in an open-face case, the winding stem ends up at the 3 oclock position. Such combinations are frequently referred to as a Sidewinder or "Sidewheeler." Sometimes, this combination was requested by the original buyer when the movement and case were first purchased. Another group were created as hunting-case watches fell out of favor during the early part of the twentieth century, hunting-case movements, some of them of quite high quality, were offered to dealers at substantial discounts to clear them out of inventory. Dealers placed these in less expensive open-face cases in order to sell the high grade watches at attractive prices. Many other sidewinders were created during the depression, and much later during the 1980s, when gold hunting-cases were scrapped out for the value of the gold, the movements being recased into inexpensive cases. Still other sidewinders were, and continue to be, created by watch collectors and dealers who stripped lower grade movements out of hunting-cases in order to use the cases to house higher grade movements. The scrapping out for the value of the gold and the actions of collectors and dealers are still going on today.

Use in Railroad Service

Open-face watches (of suitable grade) are widely known to have been accepted into railroad time service. It is less widely known that hunting-case watches (also of suitable grade) also passed inspection to for use as a railroad watch. This continued well into the first decade of the twentieth century, with the watches remaining in service into the post-WWII era. As the time service rules evolved, sidewinder-configured watches were prohibited, unless fitted with a conversion dial, in which case, they were not actually a sidewinder. 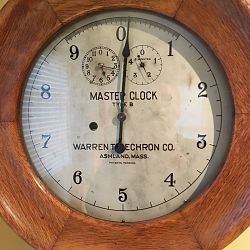 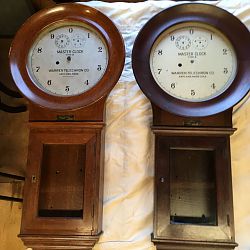 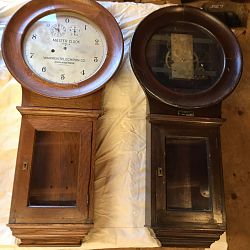 An automated review of this page attempts to determine its readability in English (US). The page contains roughly 659 words across 32 sentences.