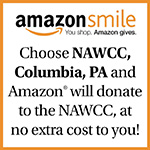 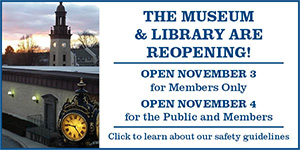 The Hamilton Watch Company grew out of earlier attempts to establish a watch factory in both Lancaster, Pennsylvania, and Aurora, Illinois.

In 1874 [main=Adams, John C]John C. Adams[/main] organised the Adams & Perry watch company with some Lancaster business men and appointed E. H. Perry as superintendent. Perry owned several patents which were to be used, paying him a royalty on each watch produced. By mid 1875 a factory had been built on land provided by Mr. C. A. Bitner and equipped with tools and machinery.

Adams planned to import parts, including escapements, but Perry insisted that the complete watch be made in the factory. At which point Adams severed his connection with the company.

The first movements, designed by Edwin Perry, were of high quality and about 19 size, and were completed in 1876, but the company could not raise enough capital to keep going and the factory closed about a month later and shortly after the property was sold.

The Lancaster Pennsylvania Watch Company was formed in 1877 on the same site and a new, three-quarter plate movement was designed, but it was not satisfactory.

In 1878 the company changed its name to the Lancaster Pennsylvania Watch Company, Limited, and started to design a new watch model, but it failed due to lack of funds.

In 1884 Mr. A. Bitner took control of the Lancaster Watch Company and in May of that year purchased the company, changing the name to the Keystone Watch Co. and in 1886 it was renamed the Keystone Standard Watch Company (although Keystone may have been used as a trademark before this).
Production and legal problems dogged the company and in 1891 it closed, the property being auctioned off later that year.

Perhaps Keystone is best known for its unique, patented Dust-Proof movement. This 18-size, 3/4-plate movement has a cover, inset with a mica window, over the balance. The nickel, 15-jewel, adjusted grade (and higher grades) of these watches were of fairly high quality, being suitable for railroad time service.

A significant number of Keystone Standard watches were cased in a Metropolitan Watch Co. (New York, NY) case. This name doesn't appear on the cases but their trade marks include; a horseshoe (ends pointed down - bearing the word "Standard"), sometimes encompassing a three-leaf clover and sometimes the horseshoe has three acorns standing upright on top such as case serial number 51509 (posted by Greg Frauenhoff. Ocassionally, the three upright acorns were used by themselves.

Whether or not the Metropolitan case is a factory casing is difficult to tell. A significant of cased Keystone watches were aggressively marketed by the Keystone Watch Club Co., which seems to have been one of the outlets for the movements. The Keystone Watch Club Co. offered what is described like the Keystone patent dustproof nickel, 15-jewel, adjusted grade to railroaders, advertsing heavily in the brotherhood journals, making extensive use of testimonials. They may have been the ones who placed all of those Keystone watches in Metropolitan cases.

The Keystone Watch Club Co. may, or may not, have been associated with the Keystone Standard Watch Co. Nevertheless, notice that at the bottom of a Keystone Watch Club Co. February 15, 1889 ad, there is a small 'blurb' for the Ajax Watch Insulator (made by the [main="Newark Watch Case Material Co."]Newark Watch Case Material Co.[/main]). According to an August 1888 ad, Ajax's sole agent was Atkinson Bros., Philadelphia, who were also the sole agents for the Keystone Standard Watch Co. This seems to indicate a connection of some sort between the watch company and the watch club.

There were enough ads promoting the watch company and watch club that the [main="Keystone Watch Case Co."]Keystone Watch Case Co.[/main] felt that it needed to advertise in a December 1888 ad (and many others of that era) "This company ... has no connection whatever with any other concern of similar name."

Organized by several employees from the Illinois Watch Co. with funding by Chicago and Aurora capitalists. First movements finished in Oct. 1884. Factory closes in Sept. 1889 and attempts are made to sell the Company. Aug. 1890, the Company, its buildings and assets are purchased at auction by a syndicate headed by Chas. Rood and Henry Cain. Under the superintendency of Henry Cain many of the unfinished Aurora movements are completed and sold during 1890-1892. In 1891 Cain and Rood also purchase some assets of the defunct Lancaster/Keystone Watch Co. In late 1892 and early 1893, the machinery, equipment, etc., along with a number of former Aurora employees, go to Lancaster, Pa., where Rood and Cain consolidate them with their Lancaster purchase and thereby form the Columbia Watch Co. Discovering that the name Columbia is already taken, the new Company is quickly renamed Hamilton Watch Co. The 18 size Hamilton production movement is a full plate design with little in common with the previous Lancaster/Keystone movements (which are a 3/4 plate design), but it does, however, have marked similarity to an 18 size full plate straight line escapement prototype designed by Henry Cain when he was in Aurora.

NAWCC Message Board Threads
Information about Keystone Standard watches may be seen in the Message Board thread entitled "Keystone 18S, Dust proof, SWLS" intitated in September 2015.

Link here from this web site

Link here from the web

An automated review of this page attempts to determine its readability in English (US). The page contains roughly 1,039 words across 95 sentences.