I have one of the inexpensive timing machines, and it recently seems to show very strange results for the beat error on one of my watches. I have worked out that 1 pixel of separation between the two lines equals about 0.11 seconds. One picture shows a Hamilton, with the two lines about 18 pixels apart, which sure enough corresponds to a beat error of 2 milliseconds, as shown. (Although that is high, this watch keeps fantastic time on the wrist.) The other picture shows my dad's old Vacheron, which is the watch that got me into this hobby 25 years ago. I have been trying to get it into beat (as measured, rather than centering the pallet fork). Each time I move the hairspring, I get a new number that doesn't seem to make any sense. Finally, I got the trace shown here and realized (I think) that it just can't be right. For a 5 msec beat error, the lines should be much, much farther apart. (I started out with a trace that wasn't so wobbly and much better amplitude. I think in taking the balance in and out about a dozen times I have gotten some dust or lint into the movement.) Is there some problem with the watch that could be causing this odd behavior, or just something wrong with the timing machine? Has anyone encountered anything similar?
Appreciate any ideas 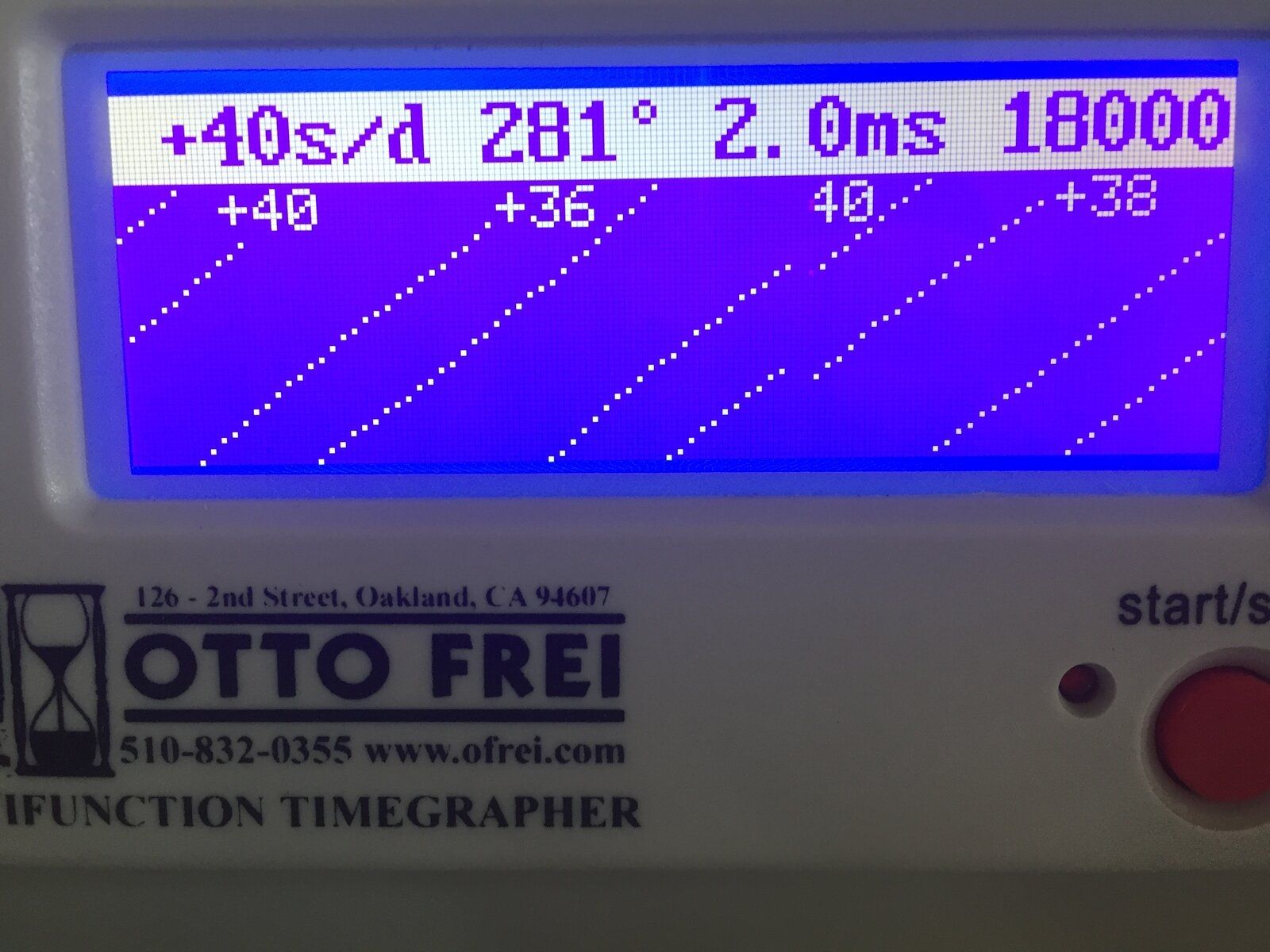 These things have an automatic "magnification" feature. As you approach a smaller beat error, at some point it will switch over and the lines will spread apart, allowing for finer adjustment. It confused me at first as well.
Toggle signature
www.fixmypocketwatch.com
D

Hmm. Not sure I understand how that works or what good it would do. Maybe the spread is so large that one line would be off the screen, so it wraps it, just as it does as the track normally starts again at the top when the line goes off the bottom of the scale (or vice versa). Possible the beat error in this example is just enough so that the wrapped line falls essentially on top of the other one. So the beat error shown is in fact correct.
D

Yes, that is it. 5.5 msec would equal 50 pixels (given .111 msec per pixel determined by comparing the slope of the line to the daily rate). That is exactly (or almost exactly, as near as I can tell) the number of pixels in the part of the screen that displays the time track. Thus at 5.5 msec, the lines overlap, getting further apart as the beat error decreases to 2.75 msec, and then getting closer for lower beat error after that.
Sorry for posting a question before I thought it through.
Doug
You must log in or register to reply here.
Share:
Facebook Twitter Reddit Pinterest Tumblr WhatsApp Email Link