I have never seen this watch and the available images are not really high resolution, but the intent of the complication is easy to understand.

Paul Chamberlain mostly collected ideas and was content to only have a very few items in his watch and clock collections that "normal" collectors would consider a key piece in their collecting efforts.

There is, in fact, only one watch in his collection that he describes how he obtained it. And, similarly, there is only one clock described in his book that was published posthumously. The clock is his Raingo Orrery that was sold earlier this year by Schmitt-Horan for $150,000.

The watch displays an approximation of the equation of time with a sun indication hand and a pair of shutters associated with the display that mark sunrise and sunset.

The watch is pictured in his book "It's About Time" created from articles he had written in the "The Keystone" and "Horology" during the preceding 20+ years which was organized by his second wife Margaret with editorial assistance from W. Barclay Stephens from California and support from many of Chamberlain's devoted friends. The books introduction to Chamberlain himself was written by Jean Louis Roehrich from New York. 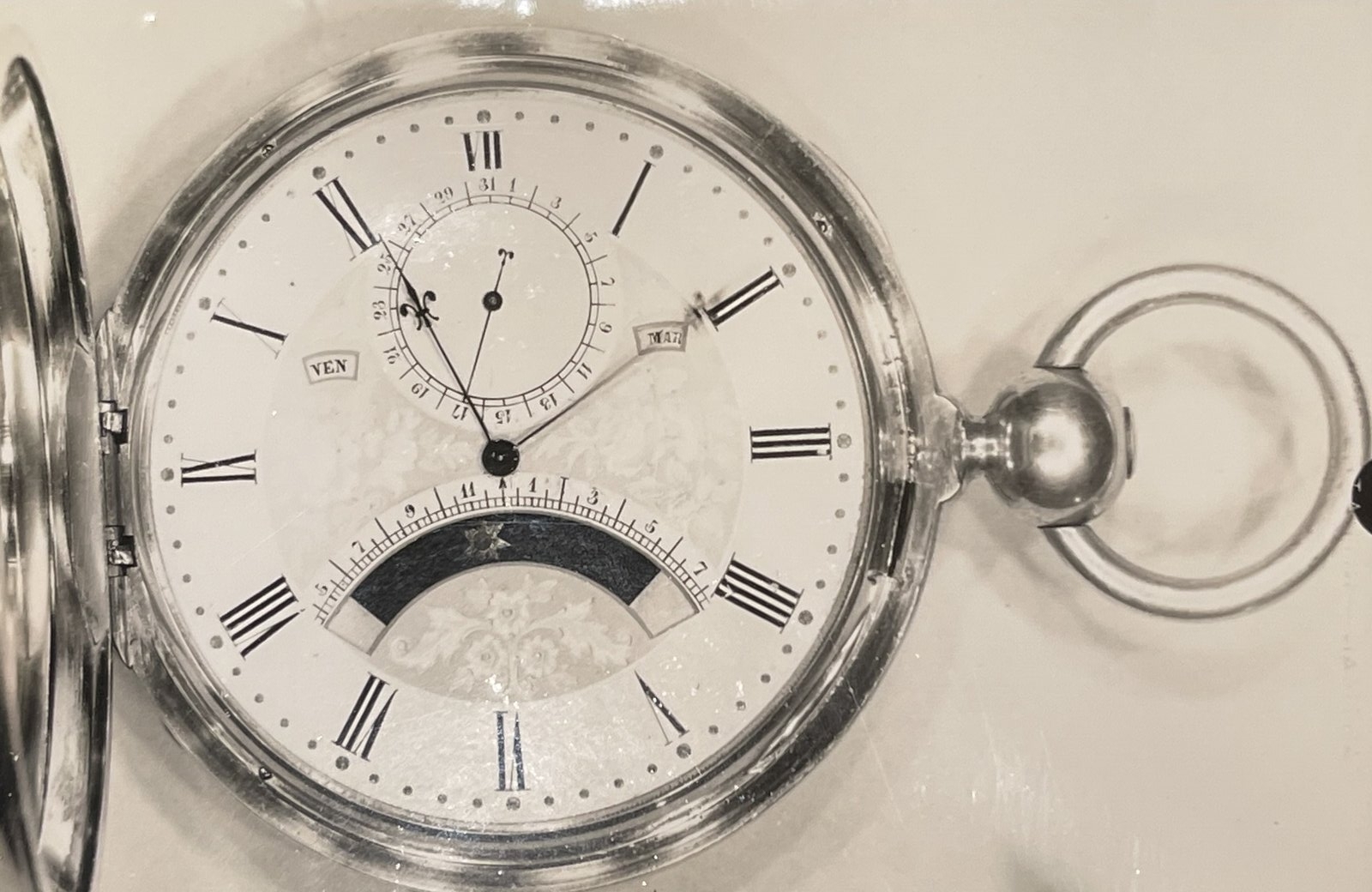 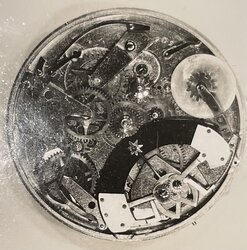 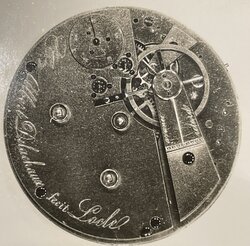 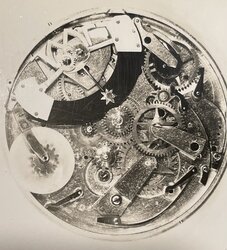 I have not found any other references to this watch and I do not know if others exist. This one was made by Henry Albert Delachaux, Le Locle in the middle of the 19th century.

The two under dial pictures show the white shutters that mask the blue line of the sky with the sun indicator visible in between them during daylight. The watch also has a simple date indication at the top of the dial. The position of the shutters will change daily to indicate sunrise and sunset.

The same information that is available from the ephemeris is used for the display of the sunrise and sunset times., This derived from the analemma that is seen on most world maps and globes.

There are also calculators available online that will compute the information for any given location and date. This one is easy to use but you need to know the latitude as well as the date of interest. Sunrise Sunset Calculator

The analemma for Greenwich shown below is courtesy of Wikipedia. 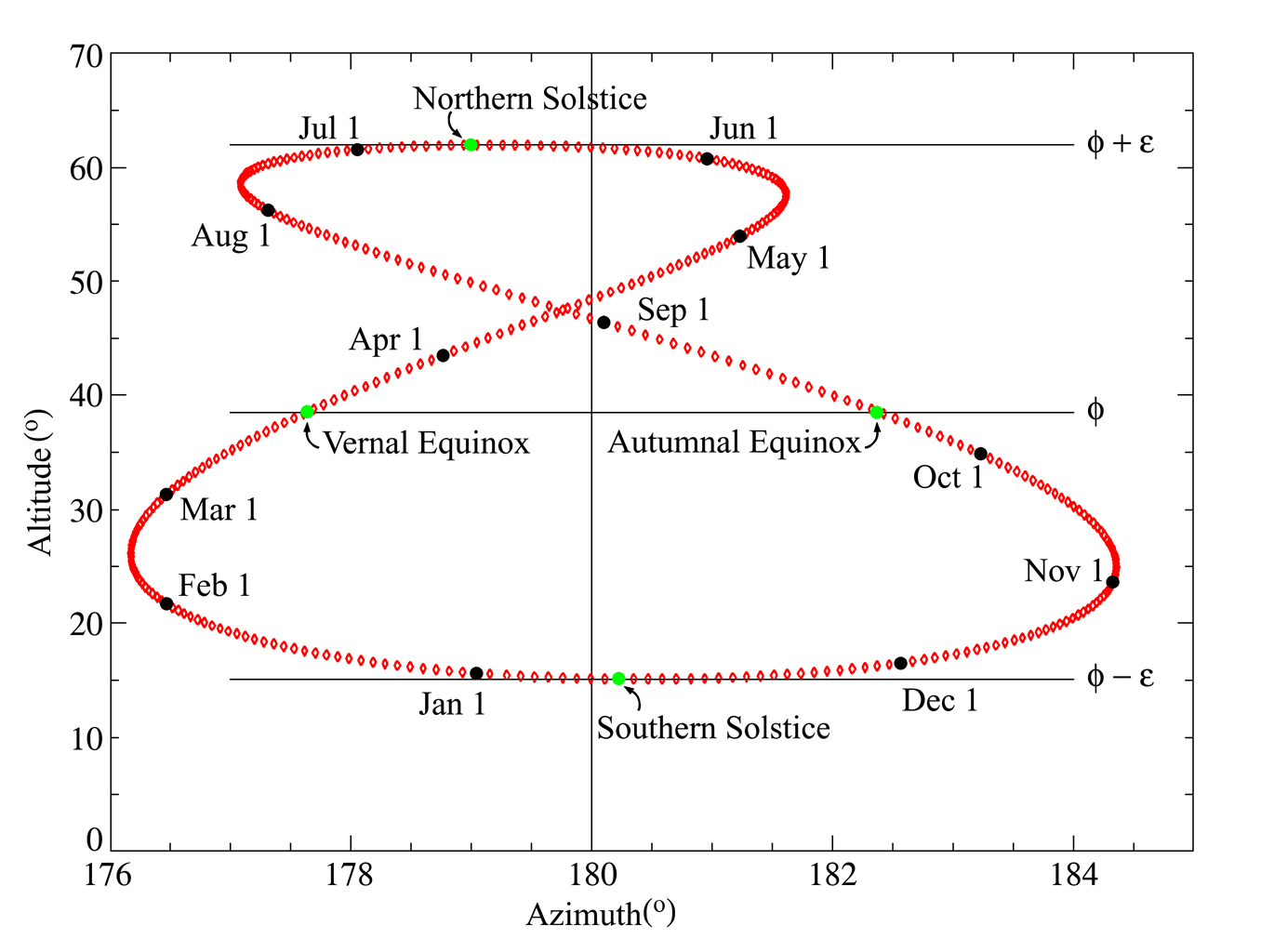 Last edited: Aug 22, 2022
Toggle signature
Tis with our judgements as with our watches, none \ Go just alike, but each believes his own.
Alexander Pope, An Essay on Criticism, 1711 NAWCC-Info AWCo Web
Reactions: bkrownd, Bryan Eyring, tick talk and 5 others

Here is a photograph of the Analemma, just to show it is not theoretical. Capture image at the same time each day for a year with a fixed location camera.

Afternoon analemma photo taken in 1998–99 in Murray Hill, New Jersey, USA, by Jack Fishburn. The Bell Laboratories building is in the foreground. 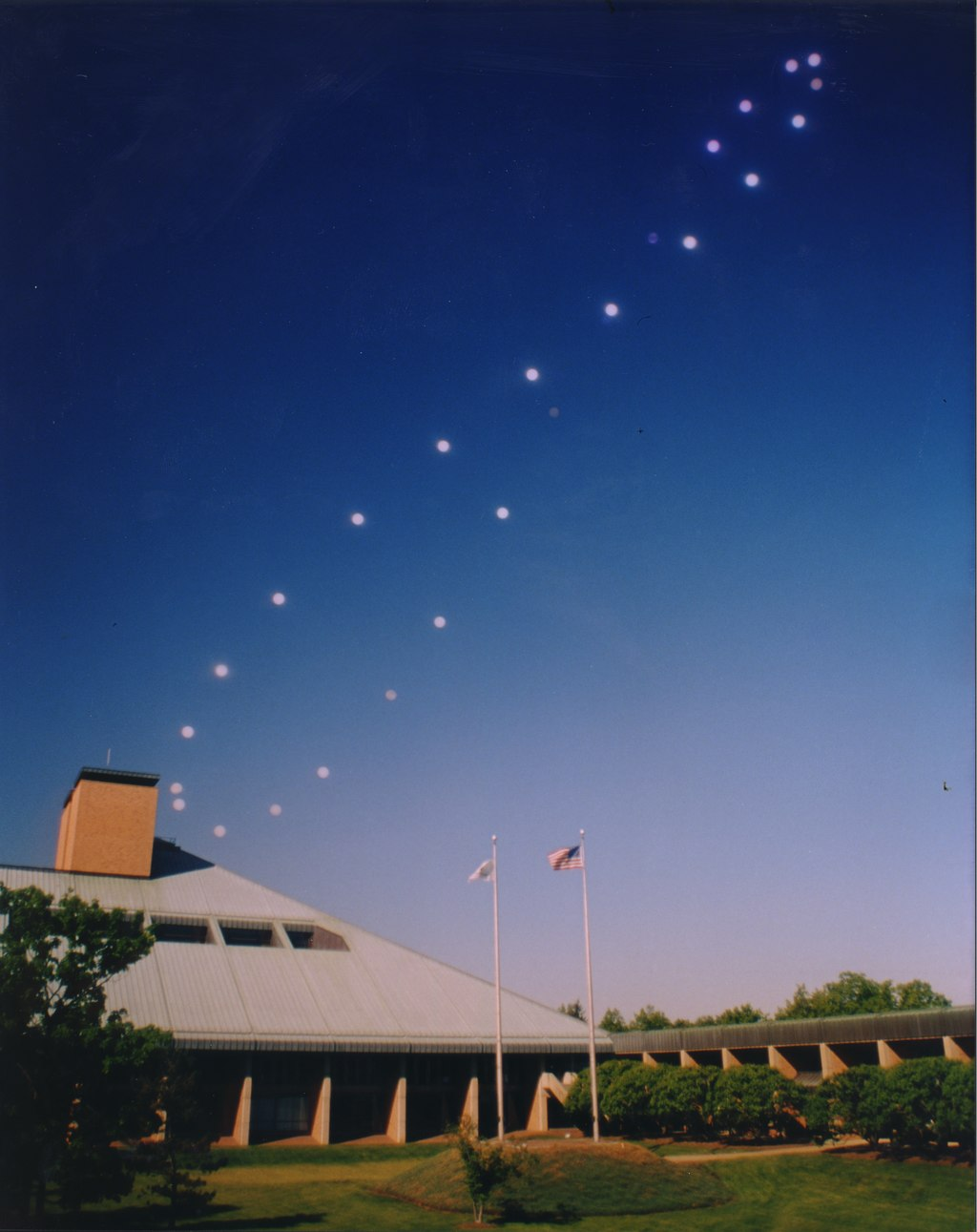 Toggle signature
Tis with our judgements as with our watches, none \ Go just alike, but each believes his own.
Alexander Pope, An Essay on Criticism, 1711 NAWCC-Info AWCo Web
Reactions: Bryan Eyring, Rodney Leon, Philip Poniz and 2 others
You must log in or register to reply here.
Share:
Facebook Twitter Reddit Pinterest Tumblr WhatsApp Email Link