I picked up this clock today. It's a Koma standard with what looks like plate #1393A and possibly pendulum #45.

It hasn't run for close to ten years and has spent most of that time in a box, but I have no other history for it. It came with two keys (one looks original), the dome is in great condition and overall condition of the clock is pretty good, except for a heavily tarnished base and some other spots of general wear. There's also signs of excess oiling so I need to do some mopping up and re-oiling.

The suspension spring is short, so the pendulum is not contained within the base cup. One half of the pin is snapped off in the bottom block but the pendulum hangs okay and I managed to get it in beat and running for over three hours, before I stopped it to move it. I'll replace the pin and order some .0035 springs and, with a bit of a clean and polish, all should be good.

One intriguing feature is the "gull-wing" suspension lock. I haven't seen one like this before. Andy this type of suspension lock is a standard in Konrad Mauch large clocks. They work fine when serviced in opposition to Komas midged and miniature clocks - which oryginal main springs have no power to run property.

Andy, could you check to see if there is a serial number inside the plates? If present it is usually on the back of the front plate but has also been seen on the inside of the back plate.

I dismounted it and looked in from every angle but can't see any sign of a serial number. Does the lack of a number tell us anything John?
Toggle signature
Andy.
Greetings from Western Australia.

AndyDWA said:
I dismounted it and looked in from every angle but can't see any sign of a serial number. Does the lack of a number tell us anything John?
Click to expand...

Koma started manufacture of 400-Day clocks in 1947, building their own unique movement design but putting them in "new old stock" cases they acquired from Kern and others. Many of these cases originated in the 1930's being made for Schlenker & Posner, who sold their business to Kern & Söhne in 1938. Kern continued assembling SuP clocks from parts and stock, but still had material left when they shut down for WWII. After the war, that material was sold to Koma so the SuP cases, dials, hands, and other parts were used for Koma's early production 1947-1950. They also started having cases made to their own designs during these years.

Long story short, if your Koma wide plate movement doesn't have a serial number on the inside of the plates, it shows the clock was made after 1950.

Thanks John. If I pull it apart one day, I'll have to remember to take a closer look, but '51 is okay by me. That would make it the second-oldest in our collection.
Toggle signature
Andy.
Greetings from Western Australia.
You must log in or register to reply here.
Share:
Facebook Twitter Reddit Pinterest Tumblr WhatsApp Email Link 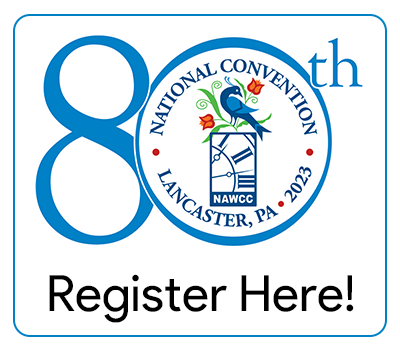