A nice aspect of contemporary rather than antique watches is that you as the buyer and speak with and contact the maker.
My purchase began at a winter meeting when I had chance to speak with Roland Murphy. He had recently started making the 801 movement, the first movement to manufactured largely in the US. The movement layout looks a lot like the Edward Howard prestige watch. I like free sprung watches and the Edward Howard was freesprung but RGM's 801 has a conventional regulator.

I mentioned this to Roland who said he could do this and we began to negotiate. We agreed on a price and several years later this is what he made for me. 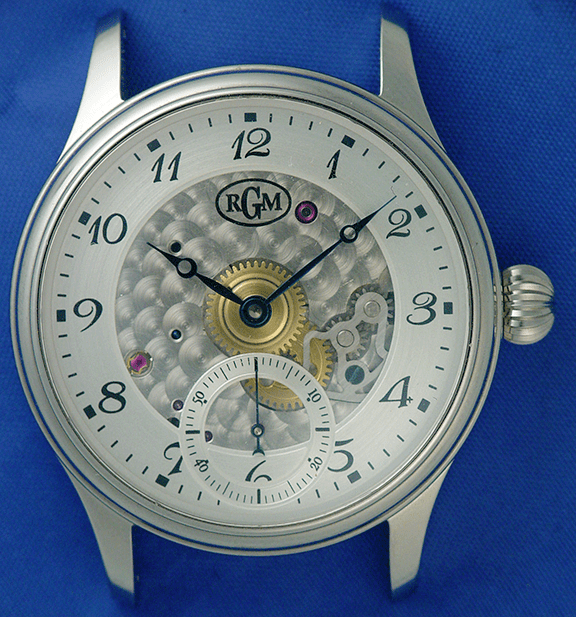 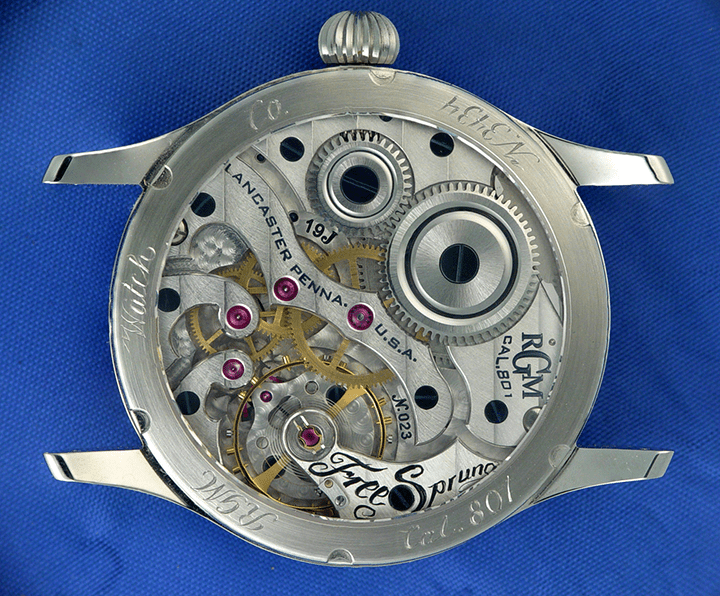 The watch is not quite 100% us made. They had to buy the regulating screws on the balance from Switzerland. Later Roland introduced me to the Swiss WOSTEP intern who did the final adjustment of my watch, which he did very well.

Ironically this is not a Freund type balance which was in the Edward Howard watch. It is not patented in a slightly different form as the "Gyromax"