Lucca Box Clock with double gong and one hammer?

What's going on here boys? Not sure who Lucca was, but this clock only has one strike hammer and a gong with two coils?
How does that work? 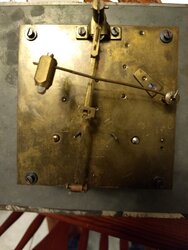 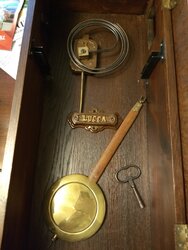 Dave T said:
What's going on here boys? Not sure who Lucca was,
Click to expand...

Lucca was a tradename of Regulateurfabrik Badenia von Adolf Hummel Sohn, in Freiburg (in Breisgau).

The following is a 1907 advertisement from Badenia: 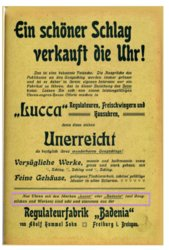 Here is a better picture of the ad: 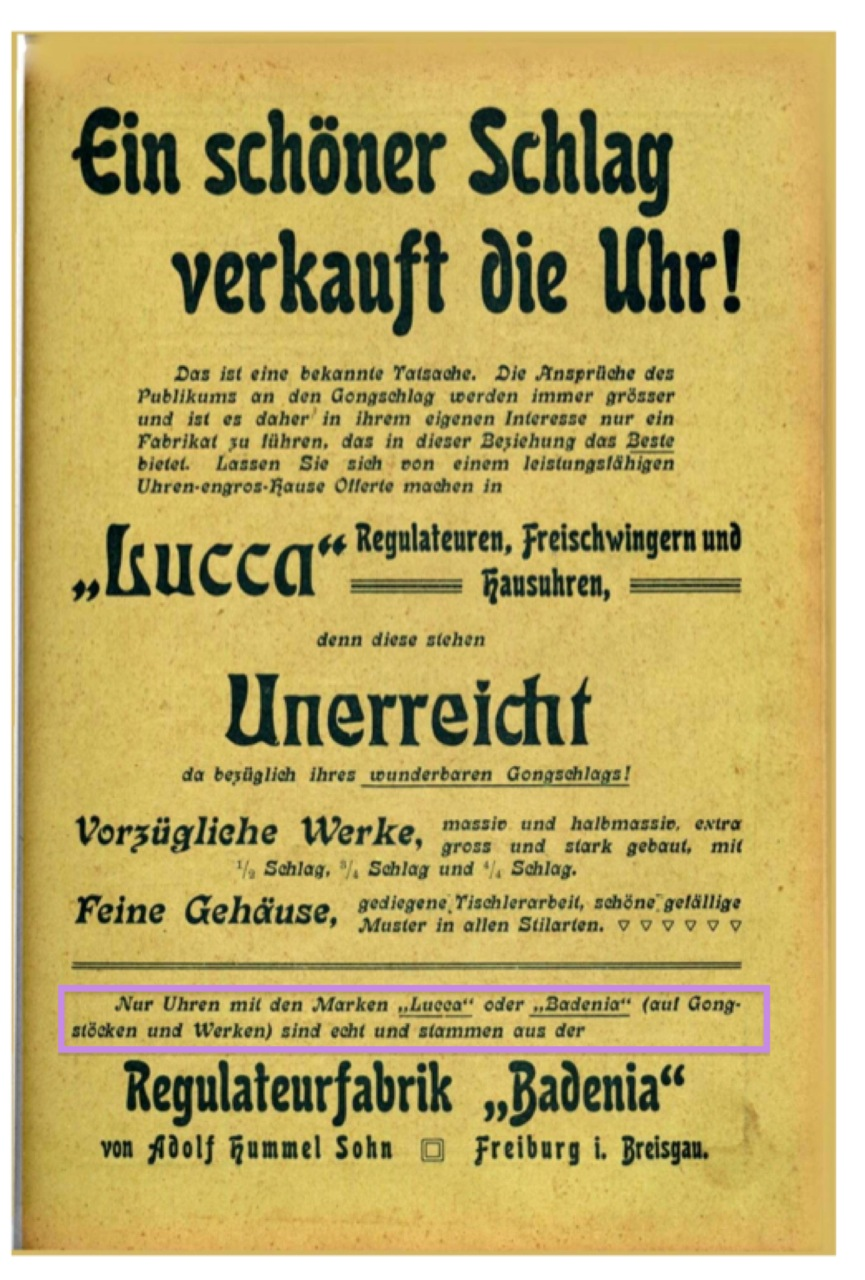 Thanks but what about the double gong issue?
ie: How do I get a proper sounding strike?
Is the the wrong hammer?

Maybe the hammer has been changed? The arm looks a bit thick and the head looks like it came off a chiming clock,
Just take off one of the gongs?
Toggle signature
5 minutes of preparation saves hours of perspiration...

Not that unusual for German clocks. These usually sound really good. Willie X

The hammer on your clock looks like a replacement. A bit on the small side compared to what was normally used during the period.
Seek out a wider hammer head and leather tip so it can strike both coils together.

Double coil gongs were sometimes offered by the German manufacturers as an alternative to a single coil strike.
Two coils of nearly identical size and sound are struck together to create a deeper, more intense sound compared to one coil.
They may have two separate hammers striking each coil, or one fat hammer striking both together.

The first known examples of such a device was the VFU/Gustav Becker 'Dom Gong', introduced in 1903.
Advertising shows the recurring concept of two bells being struck together, accompanied by cathedral imagery. 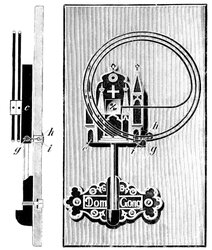 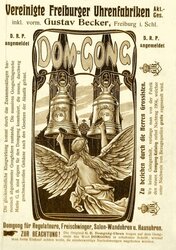 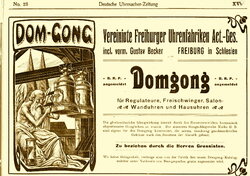 As soon as the Dom Gong was a success, other clockmakers tried their own version of the same concept.
Another example: the Junghans 'Germania Gong' shown with one or two coils. 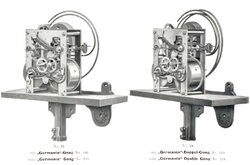 So what do some of these fine instruments sound like? A couple recordings from the 'Tube:

Close serial number, wide insert in the hammer. The movement was made at the Muller-Schlenker factory before the WWI or immediately after. 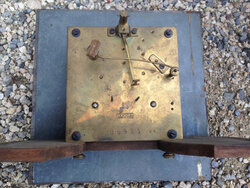 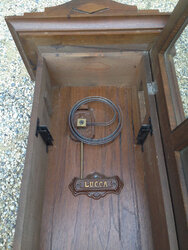 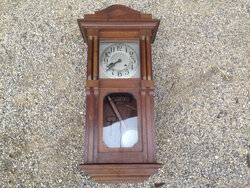 Same case! I need to find a proper hammer somewhere. Looks like this one is missing the trim around the glass on the bottom half of the door. 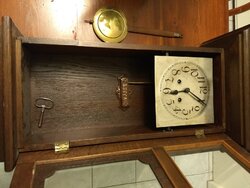 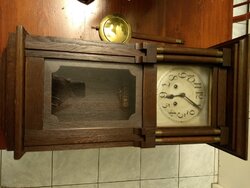 Just figured it out. Someone has installed the bottom glass and wood frame backward. The trim is on the inside! And on top of that, I think it's plexiglass.
Other alterations. The two thumb screws that hold the seat board are different lengths. And one is too long and interferes with the spring barrel.
So, evidently someone has replaced the hammer with the wrong one too?

Corrected the trim on the bottom half of the door. It is glass by the way. 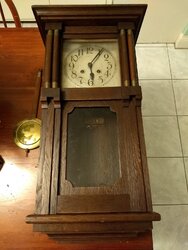 Reactions: Tatyana and J. A. Olson

Well, this thread is quickly turning into more of the clock repair section than general clock discussions.
Anyway, I turned the strike hammer sideways, and have it adjusted to nicely strike both gongs. It's brass on wire, but sounds okay to me. I can always put a pad on the side of it where it hits.

The main question now is adjusting the beat on this movement. It has adjustable pallets, which don't appear to ever have been tampered with, but I'm not sure. And I don't want to go down that road if I can avoid it.
So, I'm wondering how to get it in beat without having the clock case tilted to the right. The leader on the anchor was twisted and I straightened it out which helped somewhat. But the anchor bridge doesn't appear to be adjustable, but the screws holding it are a bit gnarled.
I've only dealt with one other Muller Schlenker and don't remember dealing with that issue.
You can see here how much off it is.

Dave T said:
The main question now is adjusting the beat on this movement.
Click to expand...

B
Lenzkirch bracket clock: double gong base and coils