Hello, can anyone show me where to buy the plastic bits that I can stick 3m paper on to do Côtes de Genève?
V

I found these bits but do not know where to purchase them.
Fraises de colimaçonnage - Louis Bélet SA - Outils de coupe - Vendlincourt - Suisse (louisbelet.ch)

Côtes de Genève (Geneva Stripes)​
The best and easiest is to make them yourself. By the way, why do you want plastic bits? At EWC, we usually use zinc ones and set them on a spring-loaded head. They last longer.

We set them at a minimal angle to sand just at the top. If we want 3mm stripes, we do not want the disc to sand more than 5-10mm. If there is an engraving on the plate, the tolerance would be even less. Of course, the next run is 3mm lower, overlapping the lower part of the first run.

The major problem is flatness. Sometimes, bridges are not on the same level. Even if they were manufactured on the same level, it is often difficult to set them precisely flat in the machine. This is why the maker's signature is faded in quite a few expensive, complicated wristwatches.

When Côtes de Genève are worn out, sometimes the owner (more often a dealer) will want to refinish it. Suppose a Côtes de Genève refinisher does not want to lose time, setting the movement to have the bridges on the same level, since sometimes it can be tedious and long. In this case, the first run flattens the bridges, making the engravings, like the serial number, the signature, etc., shallower.

I run them dry, but I knew a watchmaker (an excellent one, unfortunately not with us anymore) who was doing it wet.

Sometimes jewels can be flush with the plate. I had such a project once. After re-striping, the jewel was scratched, and I had to re-polish it. A small jewel-shaped jig had to be made. Practically, polishing by hand is not possible because the jewel's setting almost certainly will be touched.

Some use 3M papers, some like myself, a paste, and some, stone. The easiest would be to use carborundum (silicon carbide) powder, which is cheap and readily available in all kinds of grits. It makes terrific stripes but is impossible to clean. I have not found a way, including ultrasounds, to clean it. I think small particles get embedded into the metal and stay there forever, and the metal looks dark.

The discs are 20-150mm, depending on the type of Côtes de Genève one wants to restore. They differ by period and makers.

Martin Wehrli told me about 20 years ago that it had been observed that dust accumulates inside the watch in the roughest areas. Therefore, the cases started to be roughened inside by perlage (spotting) and the movements by côtes and/or perlage. Perlage sometimes was referred to as œil-de-perdrix (nothing to do with the wine of the same name).

I am not sure when the name côtes de Genève started. In the early literature, the decoration (or anti-dust prevention measure) was referred to just as côtes. There was also a term fausses côtes that meant côtes separated by non-decorated stripes. A 3mm wide stripe was ground on the surface, then 3mm further another stripe was put on. Grinding discs, of course, were also 3 mm in diameter. Interestingly, from the 1970s, fausses côtes was used to describe regular côtes (in the auction catalogs mostly, but not only).

I had not heard the term Côtes de Genève before the 1980s, and the English "Geneva Stripes" before the 1990s.

As a footnote, the modern re-rhodiuming, after re-making stripes, more often than not, is of modern bright tone, while the old ones were not.

They do not need to be plastic. It is only that I cannot find anywhere that sells the correct type. I think the Bergeon ones below have been discontinued. I called Schmid and I don't know if they are in business either. If you do not know where to buy can you show me a photo of the ones you are making? are they simply flat Zinc cylinders that you're applying 3m paper on the bottom? 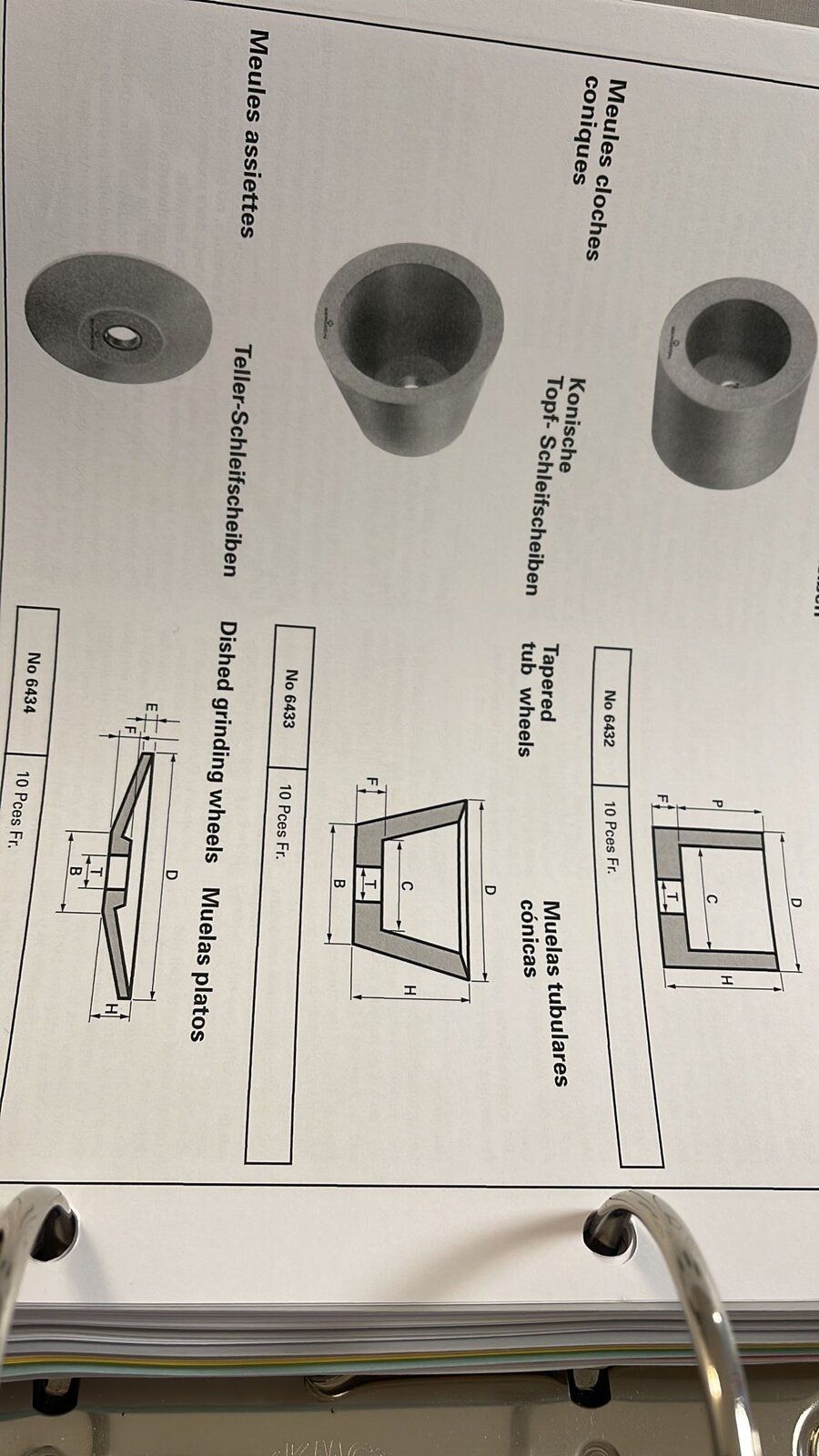 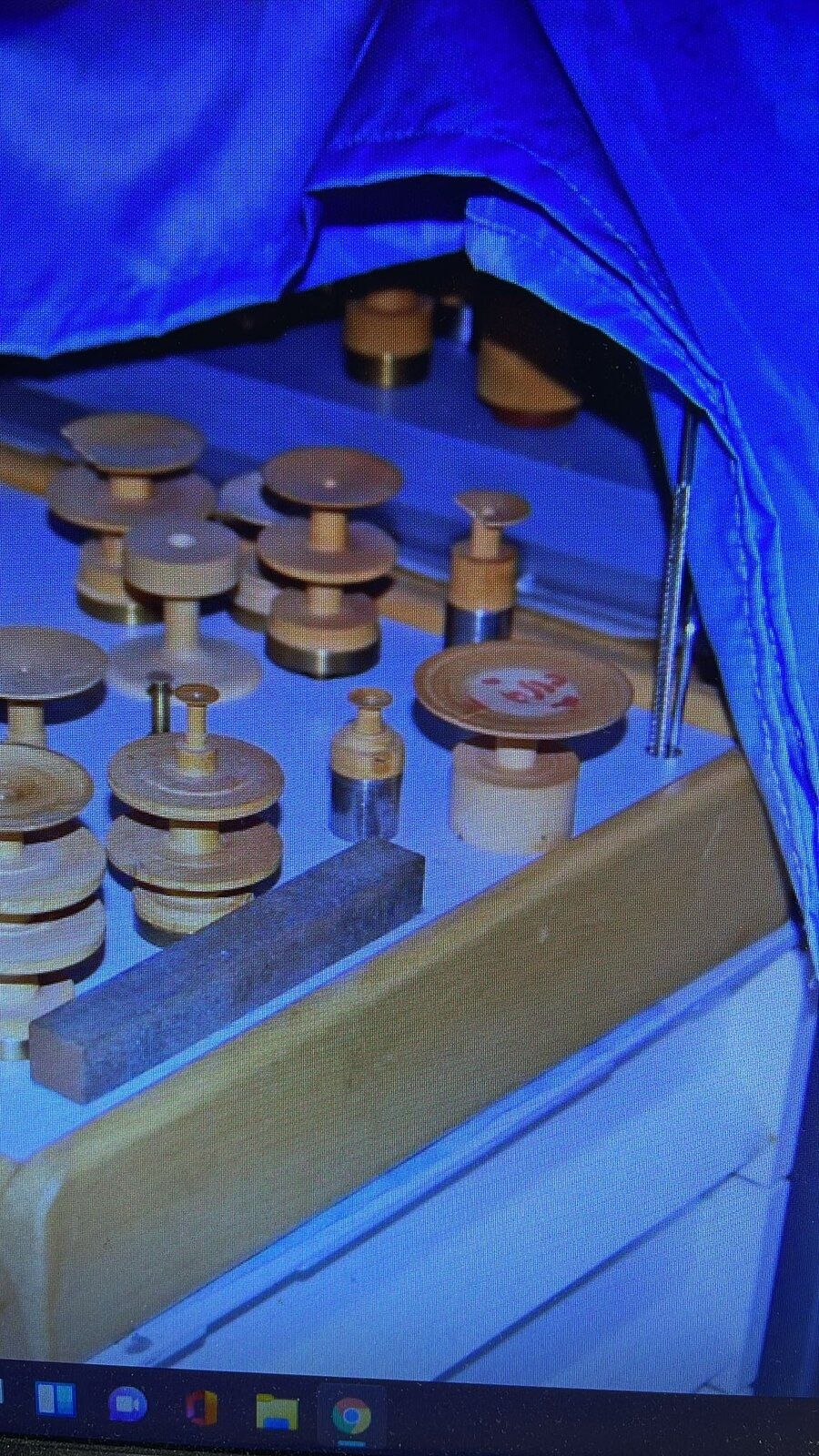