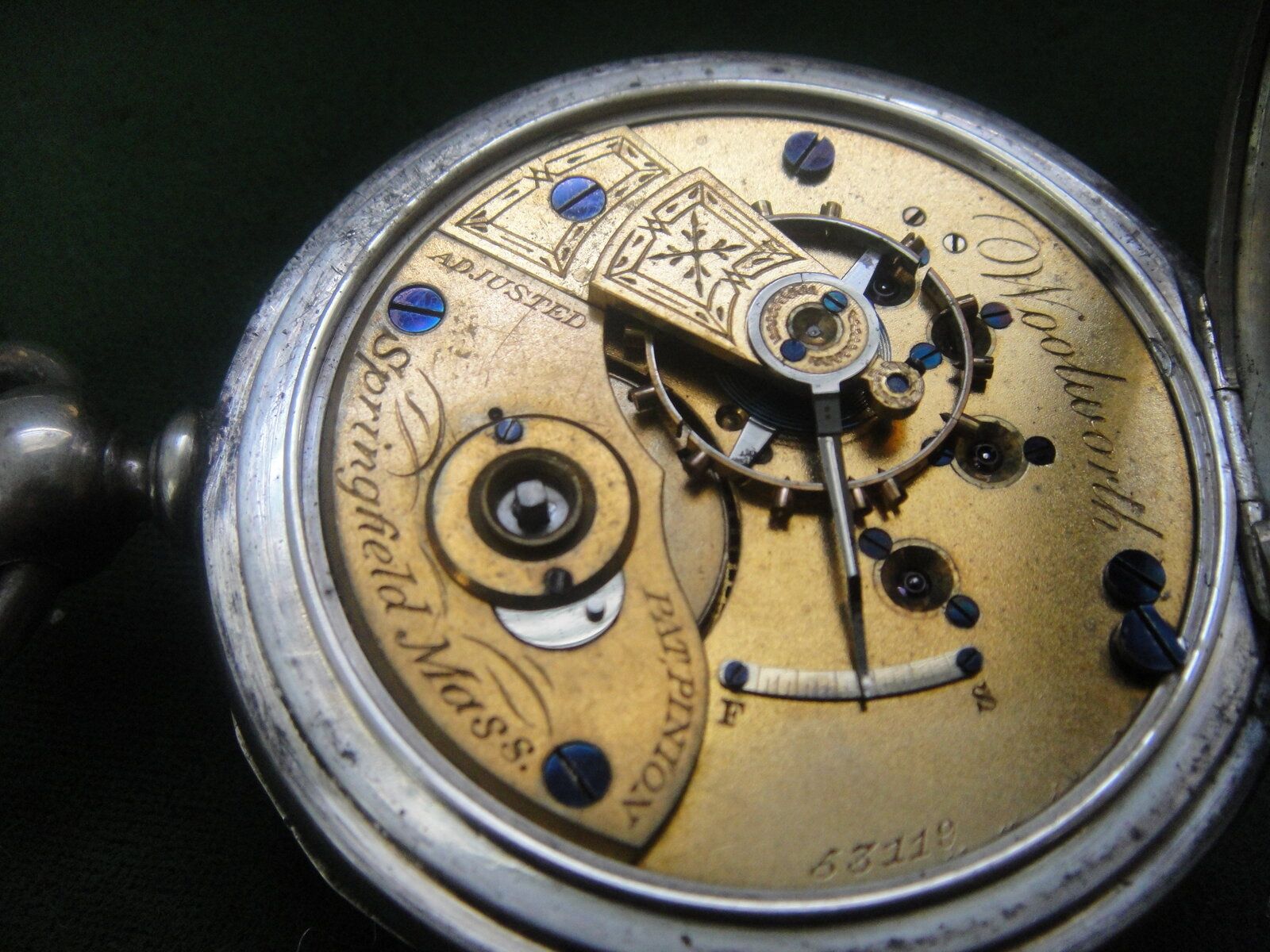 In the inventory records your watch falls into a group of 200 "Billings" grade movements in inventory in 1875. This run is short balance cock movements from what has been seen, and I've still not seen a short cock movement marked Billings.

Yours is the 6th observation I've caught from that group. 4 are Woolworth, two are private labels. Only the very earliest one seen in the run has a New York dial and it's a private label, the second private label I haven't seen the dial, and the other four are Woolworth with Hampden dials.

Really cool watch thanks for sharing it. I have 53047 from that run and it matches the one you show, except your watch is adjusted. Hampden dial on this. 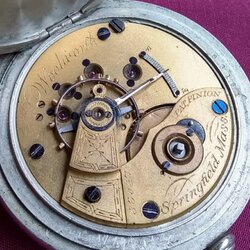 It turned out to be an easy fix as the balance had no roller jewel and its oil level was a quart over full. So after a new jewel and a COA it is feeling better. It still retains its dust band.

Even though the serial number (68137) is well into Hampden numbers, I feel that after dismantling the watch it probably has as many left over New York parts as it does Hampden parts (just a feeling I have from noticing the NY style balance).

So here is my (recent arrival) low serial number Hampden in a 3oz. case. Really happy the dial is in great shape and the movement is clean. Must have spent time in a sock drawer. It is a "Favorite". 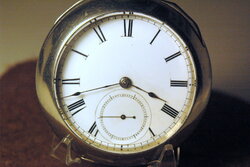 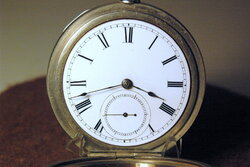 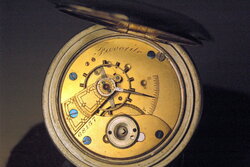 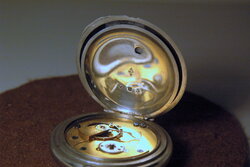 68182 is a regular marked Springfield with a SS Hampden dial

68362 matches your movement and dial.

Thanks for sharing your watch
Toggle signature
Allegheny chapter 37
My "blog" of watch interests
Reactions: luvsthetick

I haven't seen any evidence of unsunk New York dials and have none recorded. These dials appear on very early Hampdens. A quick glance shows only 8 unsunk dials. Mostly Springfield's (regular and P.L.), and a couple oddball keywinders (lake shore/monitor). The dials are between 58000 (start of Springfield grade) and 70,000 (random serial number). The two oddball 11 jewel movements have lower serial numbers but they are Hampdens.

The couple dials I've been able to verify as having the name buffed off are single sunk.
Toggle signature
Allegheny chapter 37
My "blog" of watch interests
Reactions: musicguy and luvsthetick

Watch is in excellent condition and runs very well. Dial would be in perfect condition if it wasn't for couple of chips. Crystal appears to be acrylic and not original but does look to be period-correct.

Edit: Speaking of dials, I got to wondering if this dial is original with the red numerals around the outside of it. Watch is in excellent condition and runs very well. Dial would be in perfect condition if it wasn't for couple of chips. Crystal appears to
Click to expand...

Nice!
Made me get out mine I've had for nearly 50 yrs. Very similar.
Is it missing the widget F>S adjuster?

As far as the F>S adjuster goes I was wondering that myself. It does look that way. The movement apparently has been serviced numerous times from all the numbers scratched onto the caseback.

By the way, I like the fancy dial on your watch and acquiring a fancy dial watch is my next collecting goal.
Last edited: Aug 8, 2022
Reactions: dcjens

Some more Information on these watches. I have 4 examples that may or may not be early Hampdens .

All of these are J.C. Perry

All of these are KW/KS with Nickel plates and have the Hampden type of damaskeening, Lines of different waves, across the plates. I can post Pic's if requested after they are gone.
Toggle signature
JIm Haney
Reactions: LloydB and Rick Hufnagel

Thanks to Jim H and especially the Hampden King, Rick H. for some well needed screws
for this early Hampden. 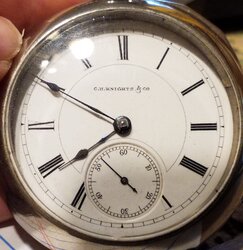 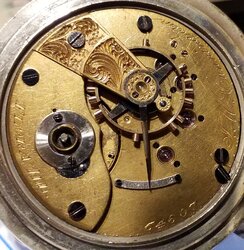 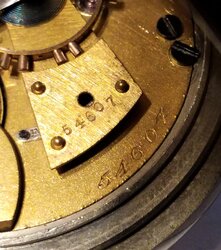 Rob
Toggle signature
As the American Pocket Watch Forum Moderator I am here to help. Please do not hesitate to contact me with any questions or concerns you may have. I also can give referrals to watchmakers, case
repair, crystal replacement, hand replacement, etc https://www.youtube.com/watch?v=z8HyGSieeTQ Rob
Reactions: Old rookie, viclip, PatH and 2 others 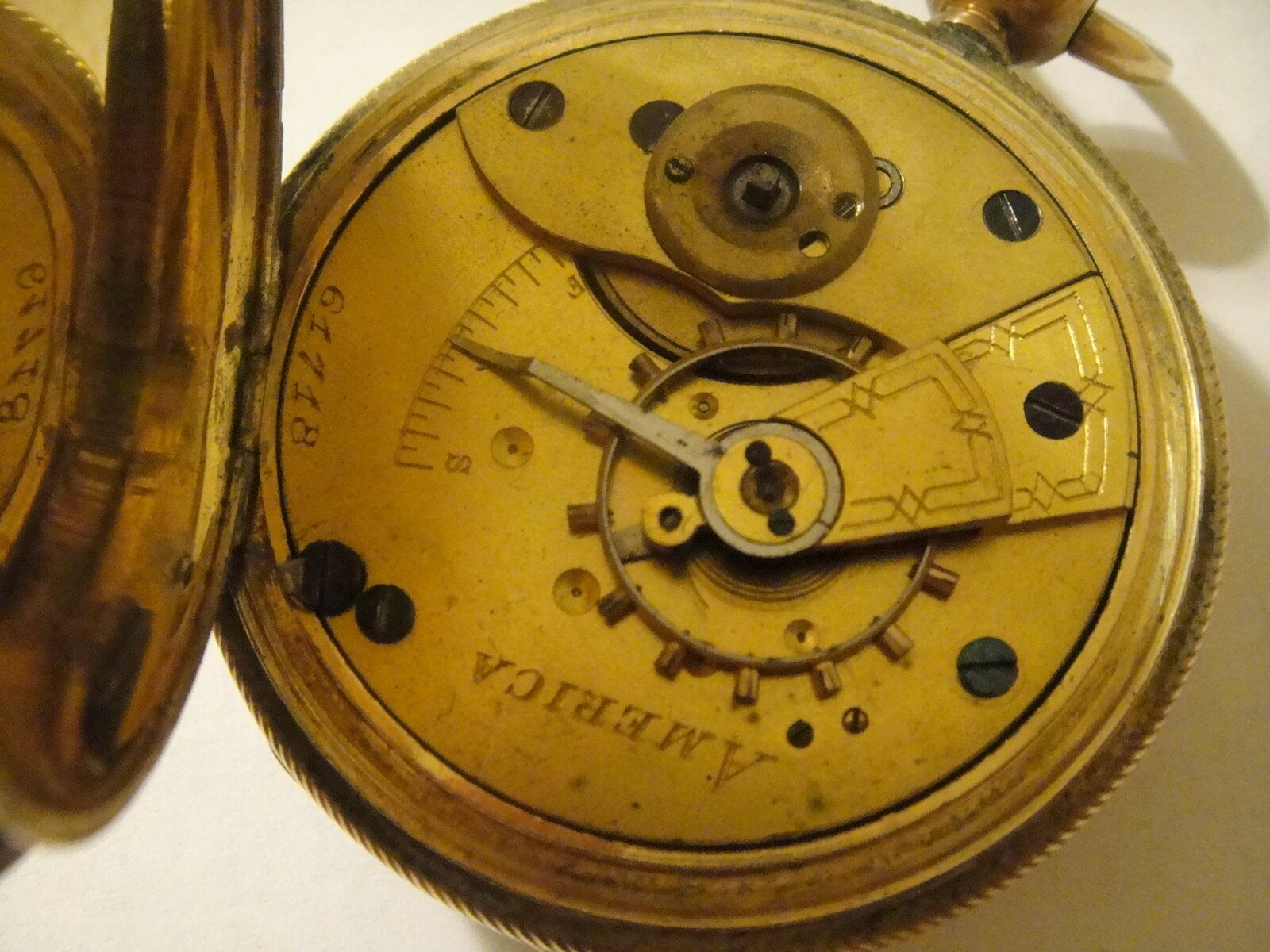