Tonight is the last full moon of 2022, and what better time to share these 2 recent acquisitions of mine. These 2 "Moon Clocks" were just acquired very recently within just a few days of each other. I was always hoping to add a Kaiser Universe to my collection, but finding a John Wanamaker at the same time was nothing less than serendipity. It will be a lot of fun comparing the moon phases on these 2 clocks as time goes by.

The Kaiser Universe came to me with the original white paint already stripped, which I will soon rectify by restoring the original off white color with new paint.

The John Wanamaker came to me with the brass in terrible tarnished condition which cost me considerable time at the buffing wheel, followed by an expenditure of elbow grease with liberal amounts of Semichrome. But the brass polished beautifully.

The Kaiser Universe is well known on this forum, Charles Terwilliger in his well known Repair Guide considers it the greatest 400 day clock ever made. I know, I know, and I agree with others on this forum that this really is not the case, and most agree that the Grivolis' gets the nod. And until I discovered the John Wanamaker clock, I thought the Kaiser was the only 400 day clock featuring a moon phase display.

The history of the Wanamaker clock is fascinating:
John Wanamaker (1838-1922) was the first in America to create the concept of the Department store. The store he created in 1910 in Philadelphia known as the Wanamaker Building still stands today. It's a beautiful building and is now a Macy's department store (you've no doubt heard of the famous Macy's Thanksgiving parade held in New York every year?). If you have any interest in learning about John Wanamaker, here's a link to a Wikipedia article about him.
John Wanamaker - Wikipedia

At any rate, in 1952 the Wanamaker department store commissioned Georg Wurther to build a thousand of these "Moon" clocks to sell in their department stores. The Repair Guide mentions the clock with a picture and description of it on page 232, appendix #105. It's plate #1591 in the guide. One interesting feature of this clock is that it has a patented pendulum lock that activates automatically when the clock is picked up.

In searching on NAWCC for info about this clock, I didn't find much... only these 4 posts referencing this clock:

There's a lot of info and more photos to see in those posts, but most interesting to me was Post #6 by DieteR in that last "Couple of Questions" link where he has calculated the wheel gear ratios that drive the moon dial, and has discovered a mistake which was made in the number of teeth in the manufacture of the moon dial which should of been 63, but was manufactured with 59 teeth which created a noticeable error with the moon dial getting out of sync with the actual phases of the moon. An interesting discussion ensues, and there's a similar discussion in the "A wide plate Wurthner" link as well. Fascinating stuff!

I can't wait to see how this error will compound in real time compared to the real moon phases as the months go by. I'll also be watching the Kaiser Universe as well!

So this is a really rare clock with only a 1000 of these having been manufactured. Compare this to literally millions of Schatz and Kundo's and others manufactured through the years.

So there you have it. Here's a few pics of the 2 "Moon Clocks", and if you have clear skies tonight, why not go outside and enjoy the last full moon of the year? 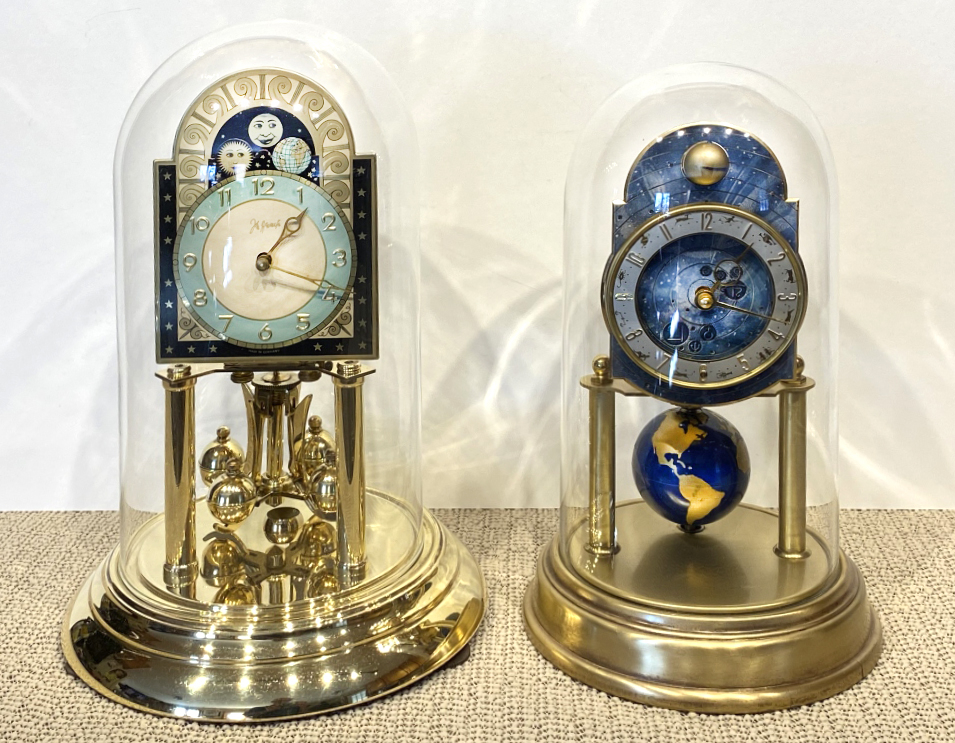 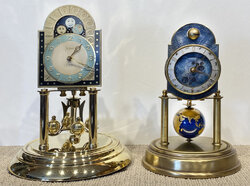 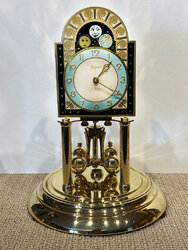 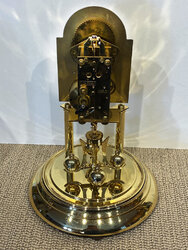 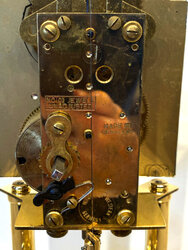 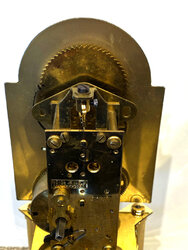 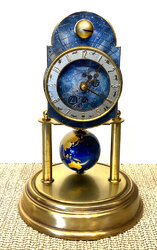 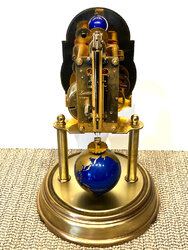 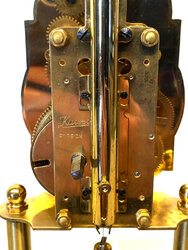 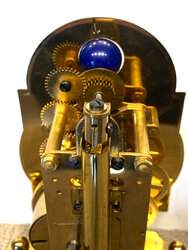 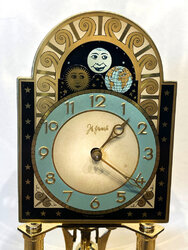 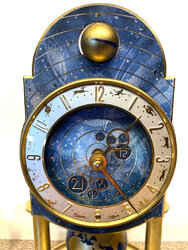 Very nice, will be lovely when you get the Kaiser universe painted.
Dell
Toggle signature
anniversary-clocks.co.uk
Old man but still learning

Thanks Dell, and also thanks to you I already have the paint on hand! 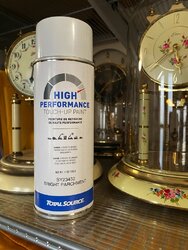