Hello everyone
I have a clock from Japan and I wonder can someone to date it and tell more about it?
Thanks
Roman 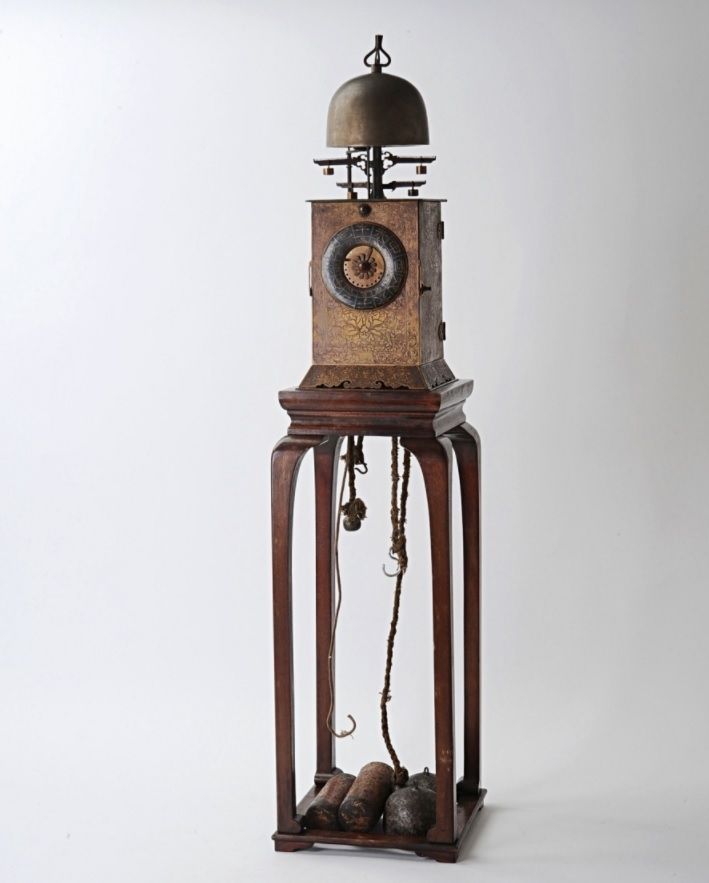 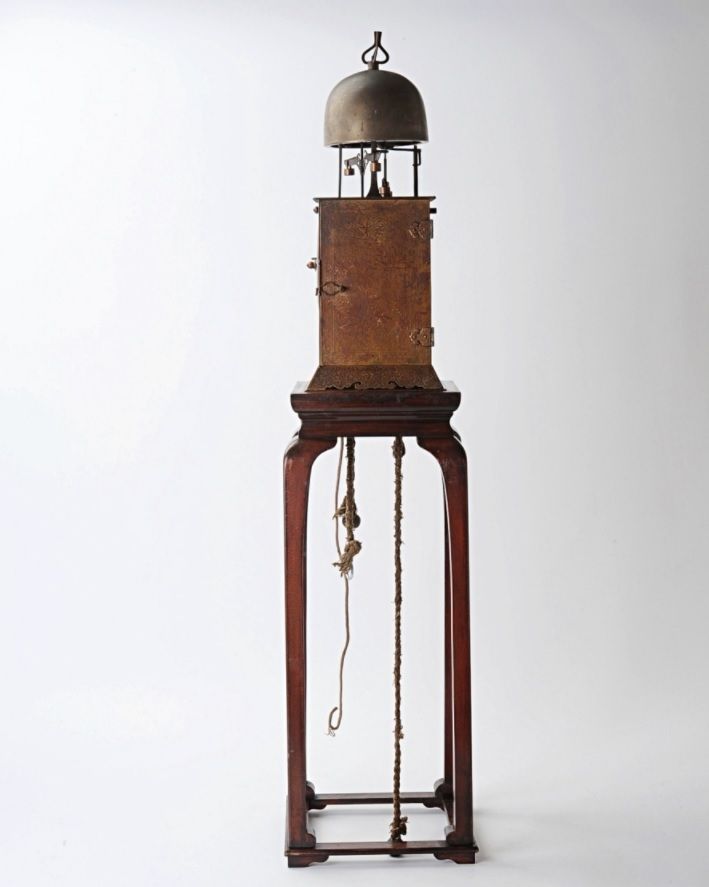 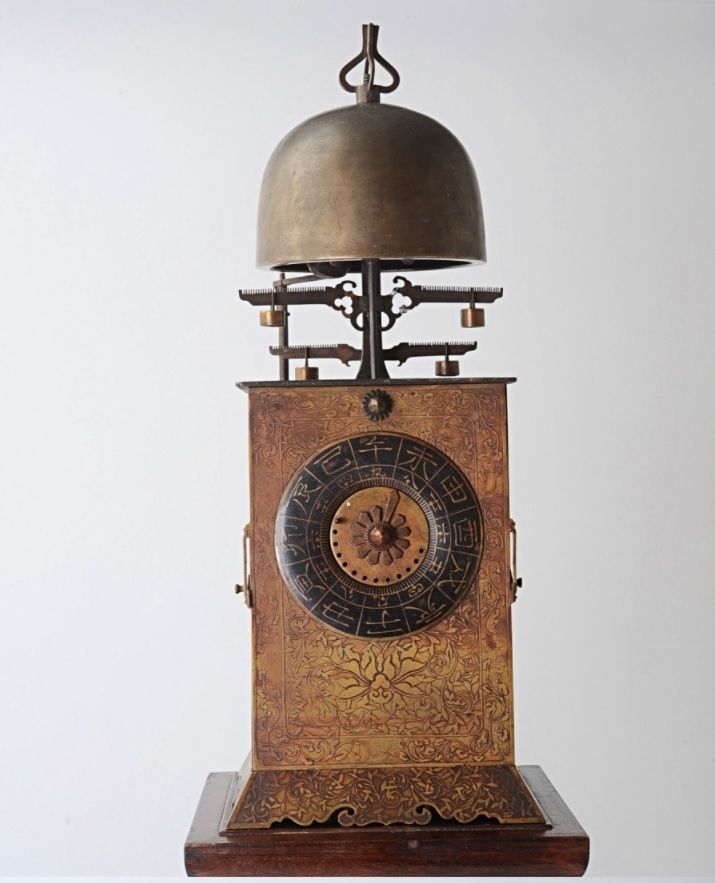 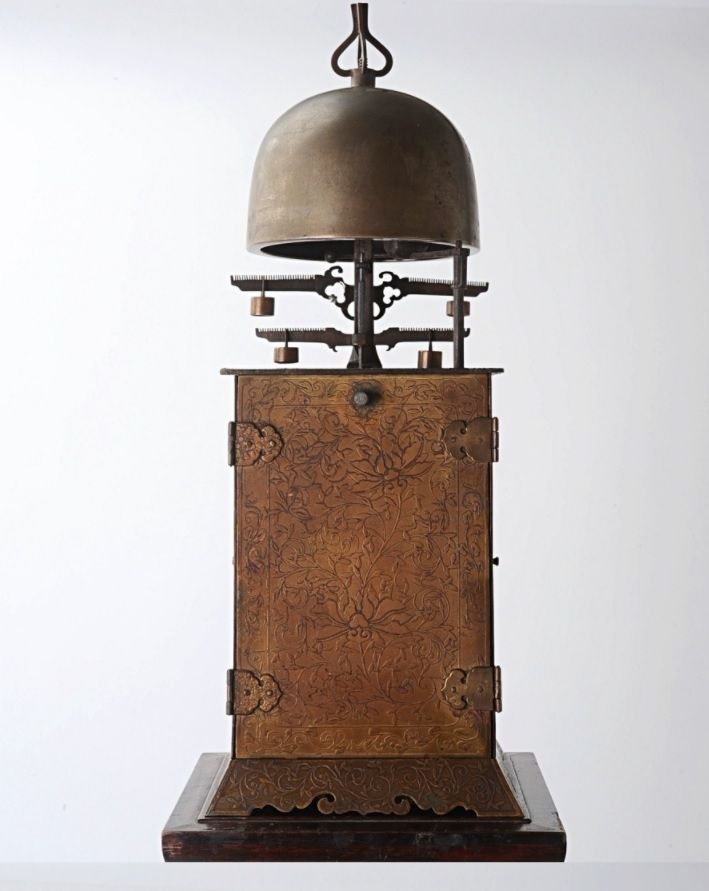 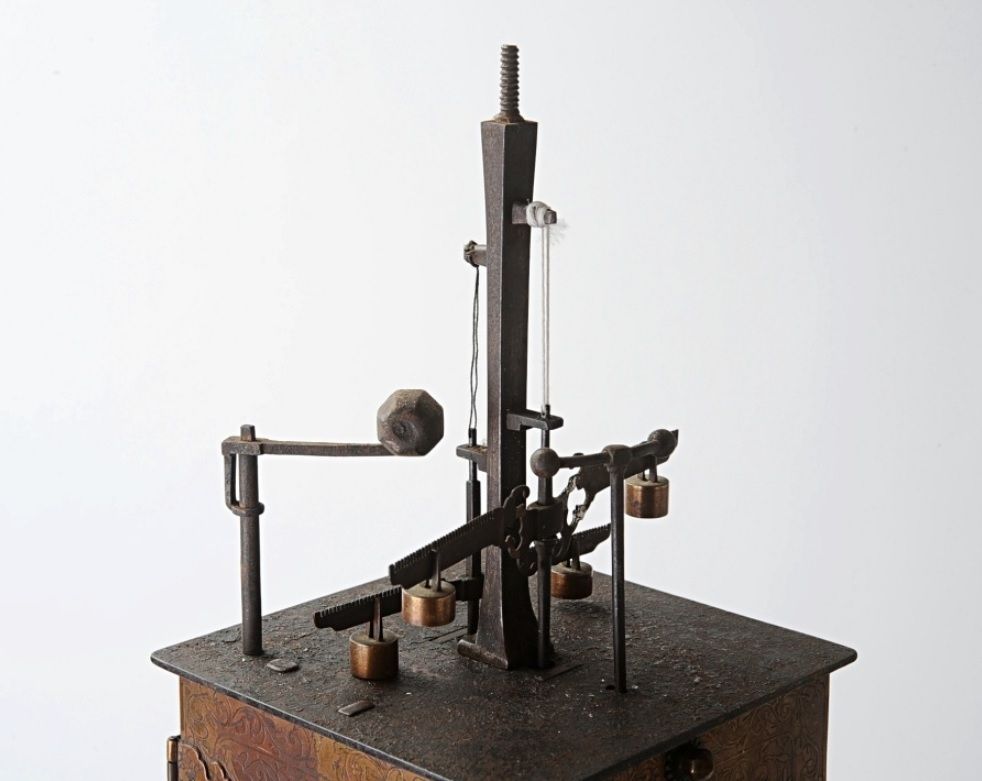 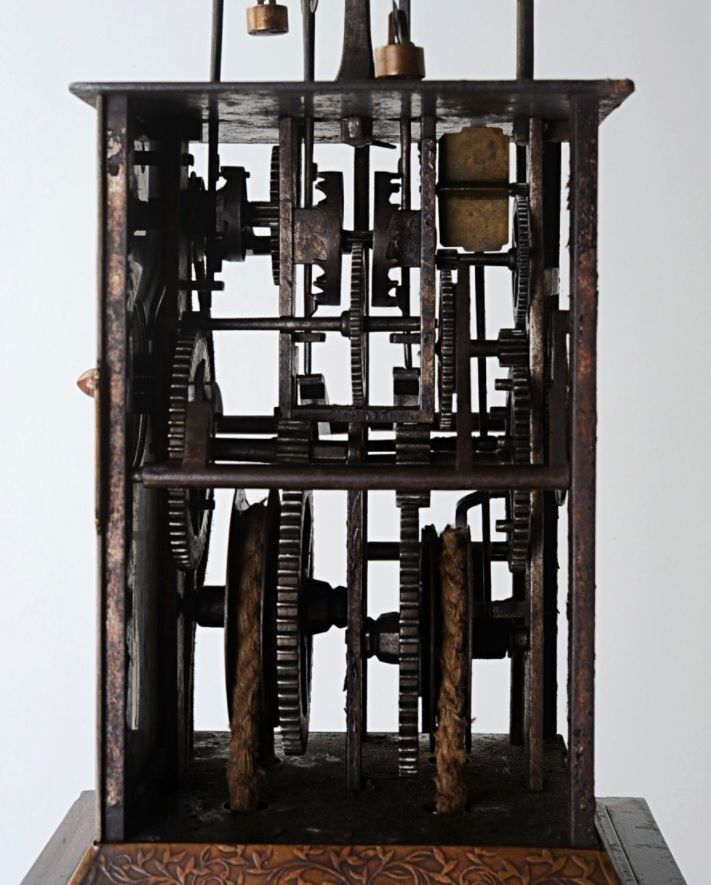 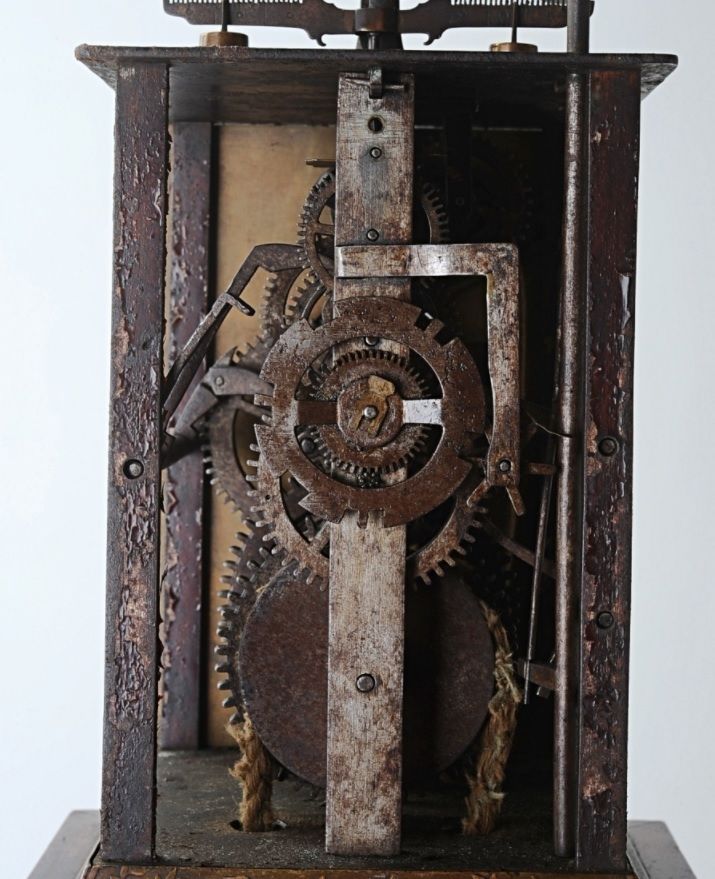 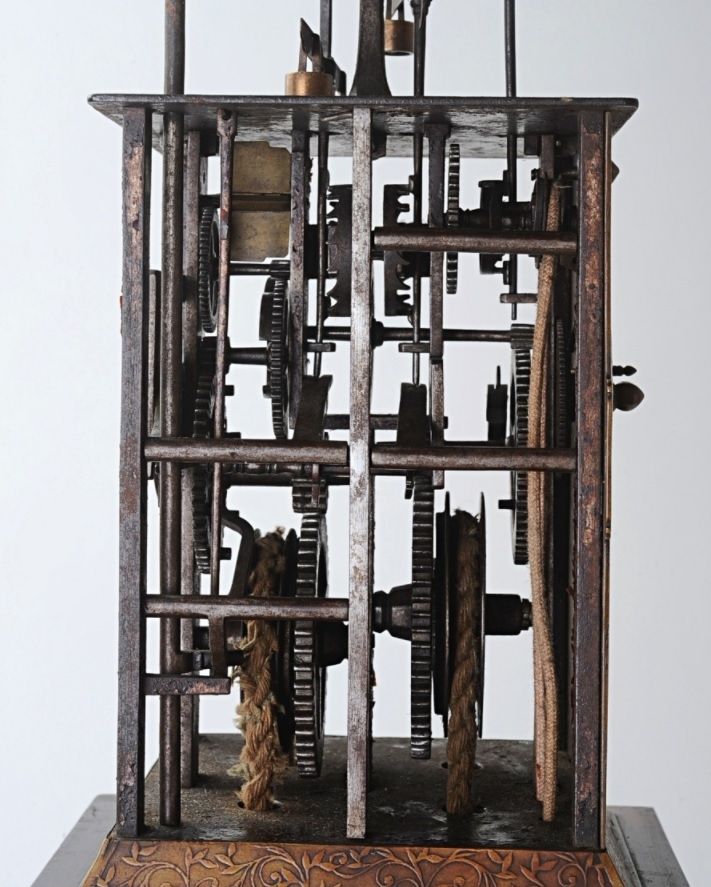 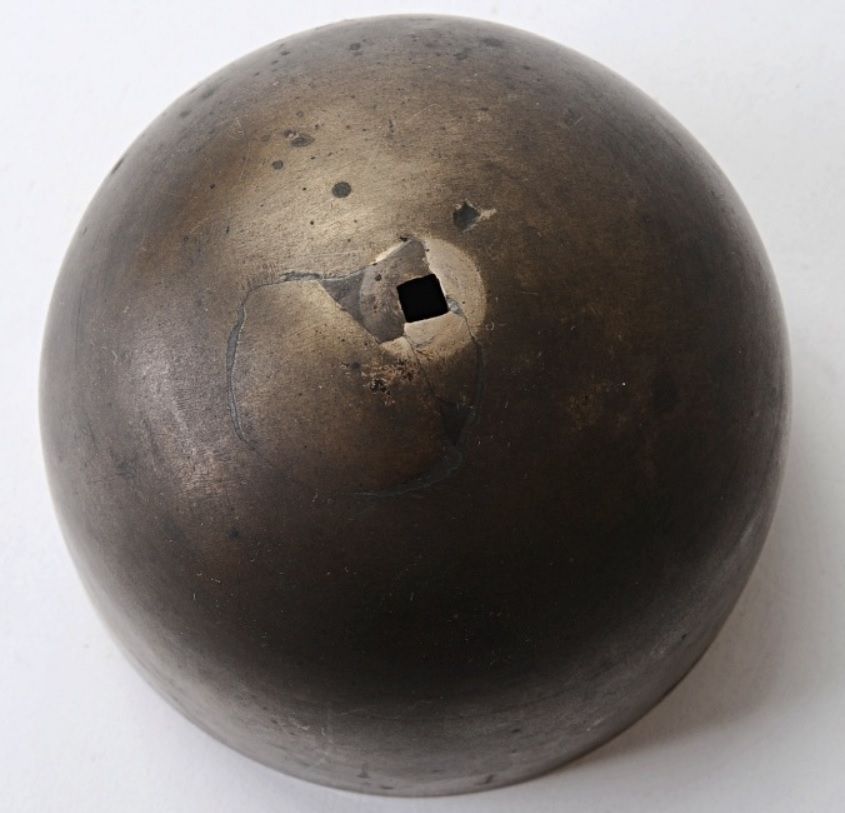 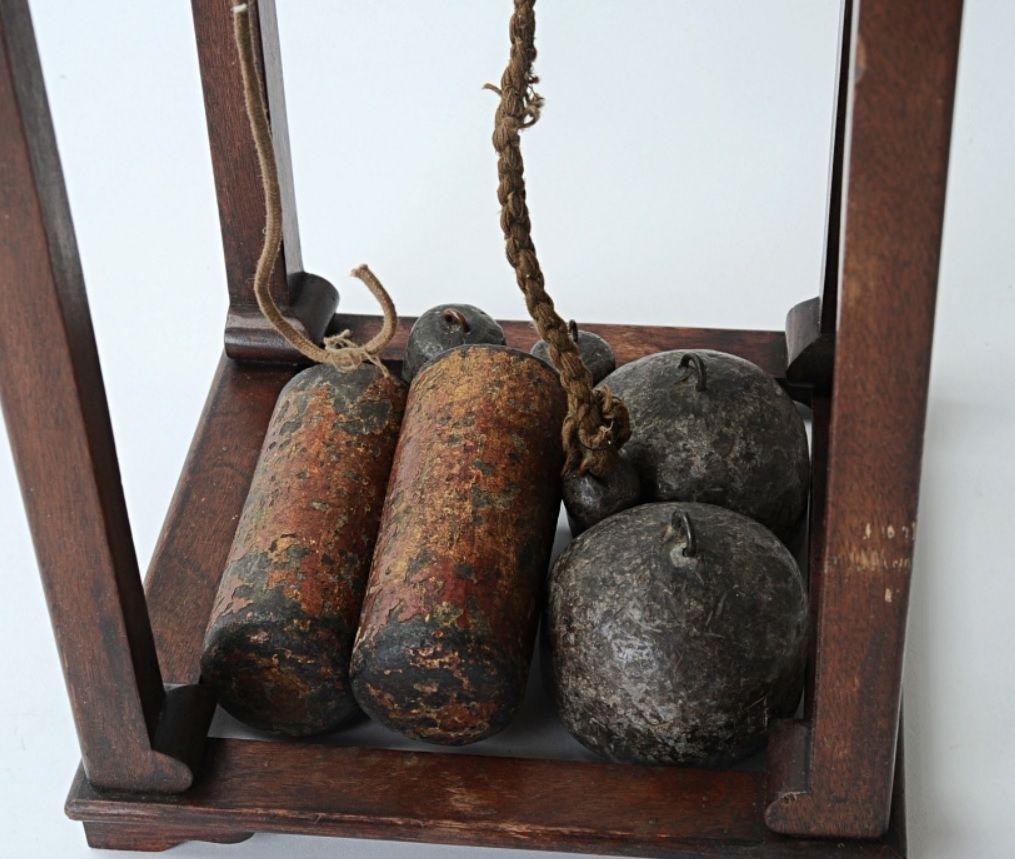 Very nice clock. Probably somewhat rare. It almost certainly dates from before 1872 when the Meiji rulers changed Japanese time from a system that divided the day into 6 periods and the night into six over to the standard 24 hour system. The old system meant that the length of the "hours" varies depending on the season (days long in summer & nights shorter, vice versa in winter). So the clocks from pre 1872 needed to be adjustable to allow for the variations. Yours has two foliots one of which will have controlled the day light timekeeping, and one the nighttime. The Foliots are also adjustable to cope with the seasonal variation. There will be a mechanism to switch between the foliots every 6 periods.

I was told when I got my stick clock that after 1873, when the rules came into force, to ensure everyone switched, the ownership of such clock was made a capital offence - so they went out of favour FAST. But I don't have a source to confirm that.

Wikipedia has a brief article on Japanese timekeeping, illustrated with a smaller desk clock similar to yours.

Nice to have the stand. It looks like the bell is original, it should have a slightly wider rim at the base than elsewhere
Toggle signature
If you have benefited from the discussion here on the NAWCC forum, please consider joining the NAWCC, or donating to the message board
R

Thanks!
Is more precise dating of the Japanese clocks possible?
W

Yes is the simple answer. There are experts who can date them based on various characteristics. I am not one of them!
Search Dai-dokei, which is the transliteration for that style of clock, will get you lots of information. If you can read Japanese, the clock may even be signed somewhere.
R

Many of the early clocks had iron mechanisms, gears, frames, pinions… the gears and frame were lacquered black. There may have been exceptions?

Wonderful!
Hope that you lubricateverything and get it running and video if you do not wanto keep it running.