A fellow Chapter 190 member is looking for information on this Tiffany & Co pocket watch. Is the movement by Patek Philippe, as they believe? It is housed in a Tiffany & Co marked 18K case. Can the production date be determined? 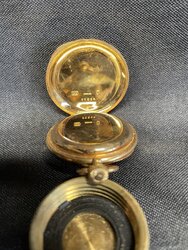 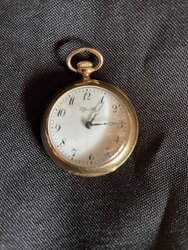 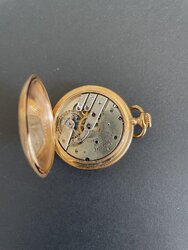 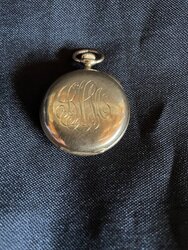 On to a sheer opinion: the features are not Patek. I believe Ed Koehn, based on the particular shaped pallet cap & kidney bean, but possibly Jacoby & Cie. Made circa 1891-94.
Last edited: Sep 10, 2022
Reactions: FreetzGrün, Bernhard J., MrRoundel and 3 others

I agree with MosesGodfrey. This is not a Patek. I also agree with his attribution.
Toggle signature
John Cote
NAWCC Board Member, Time Nerd, Chapters 149 & 18
Reactions: Dave Coatsworth

Here is an Ed. Koehn in my collection which is near in number to the Tiffany and quite similar to it except for the winding wheel bridges and the location of the regulator scale. 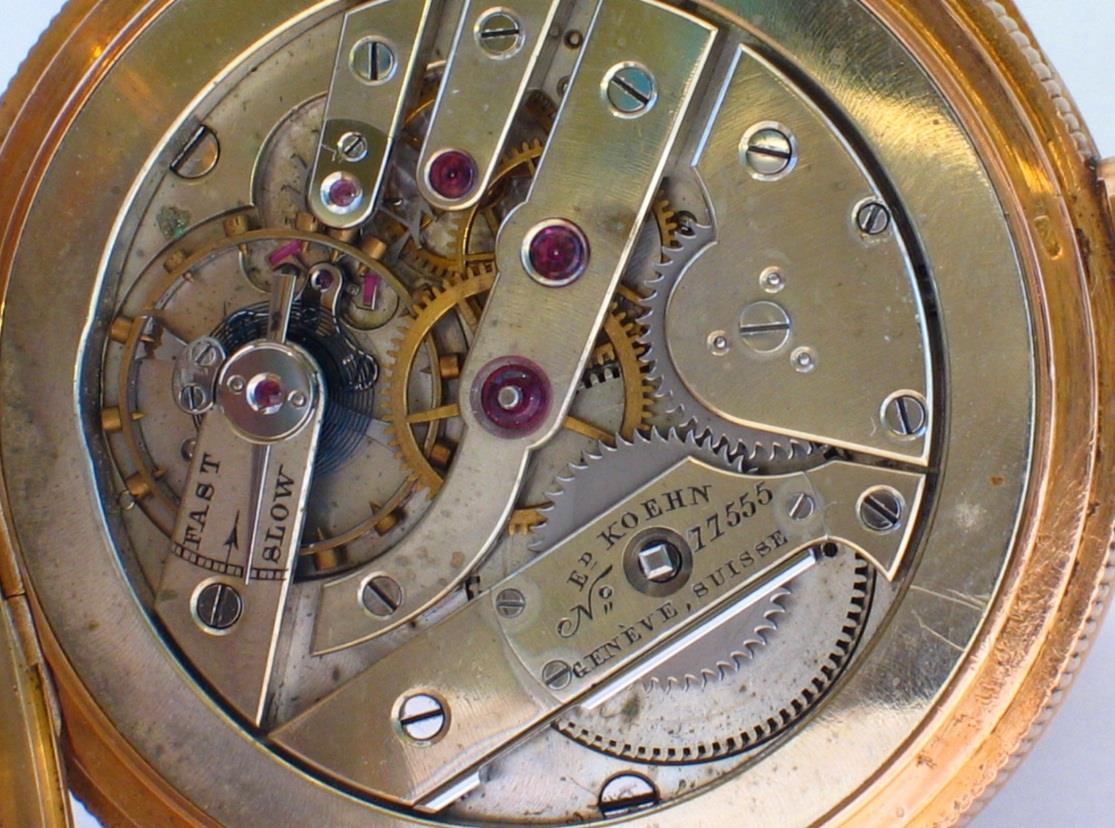 Thank you all for your input. I've forwarded it along to our chapter member.
Toggle signature
Past President, Chapter 190, Ventura and Santa Barbara Counties
D

I have a similar watch signed by Ekegren and Koehn sold by Caldwell.

This is about a 10 size, hunter converted by removing the seconds bit. 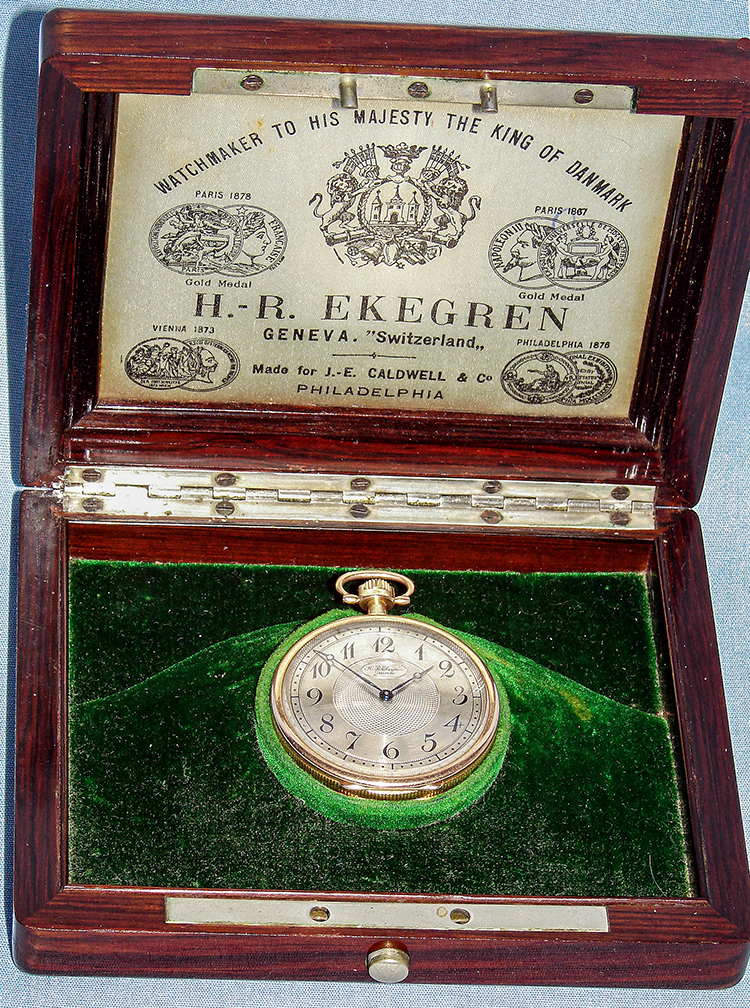 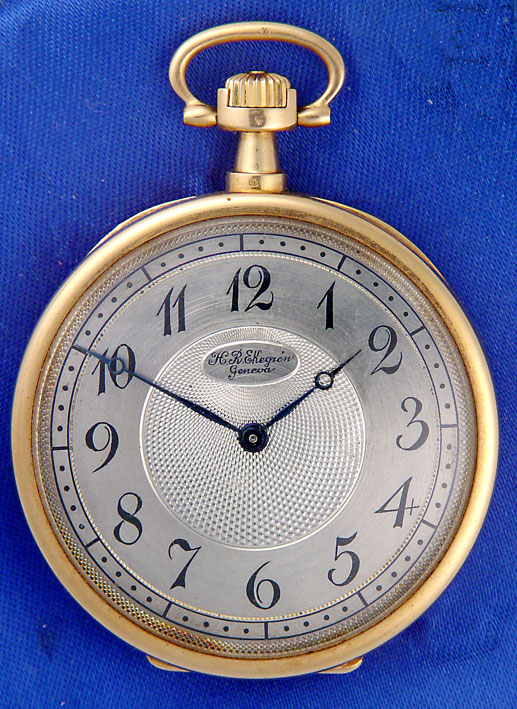 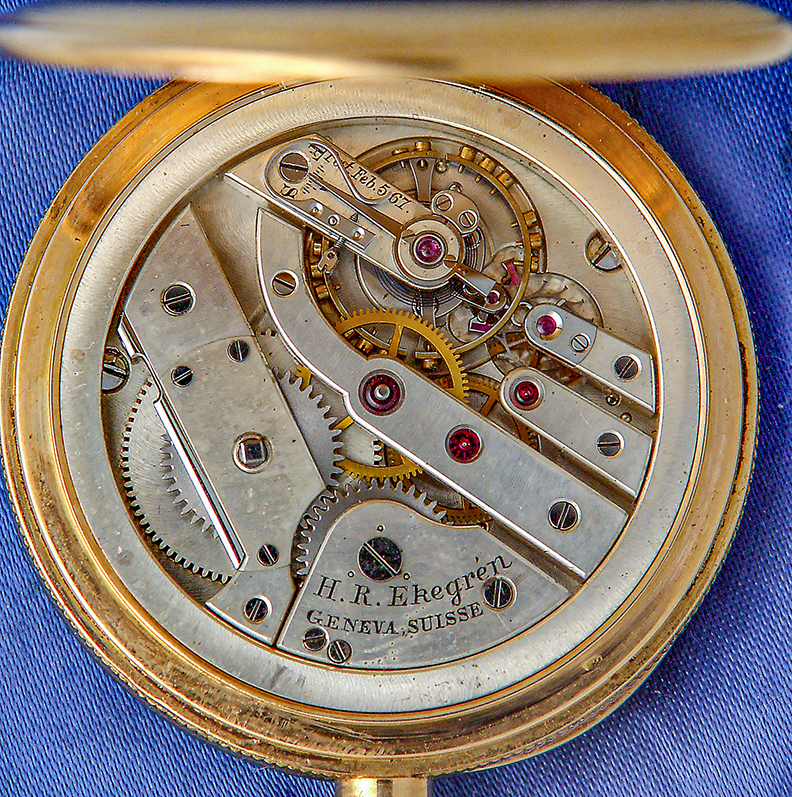 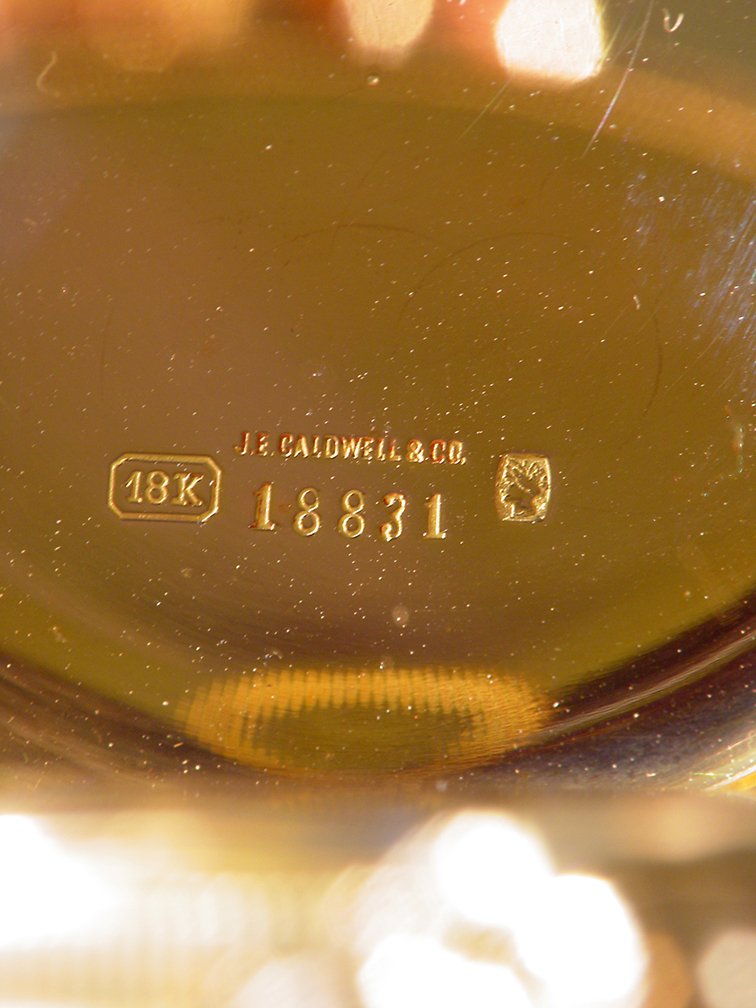 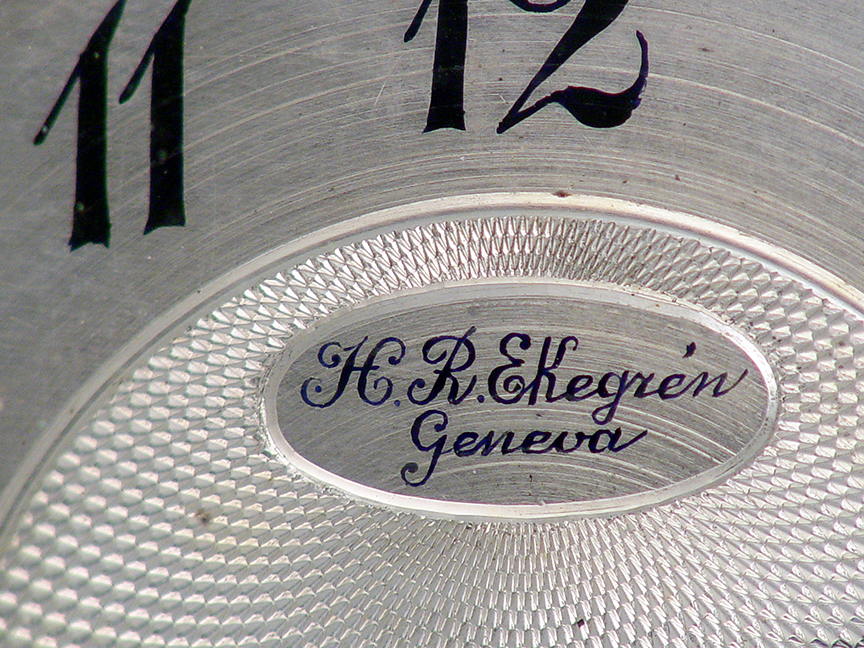 The "trick" is that both the "E" and "K" are capitalized for Ed Koehn.
Reactions: John Cote and MrRoundel

Dr. Jon, you'll be interested that my very similar Koehn has essentially the same dial as your watch and probably the same case. 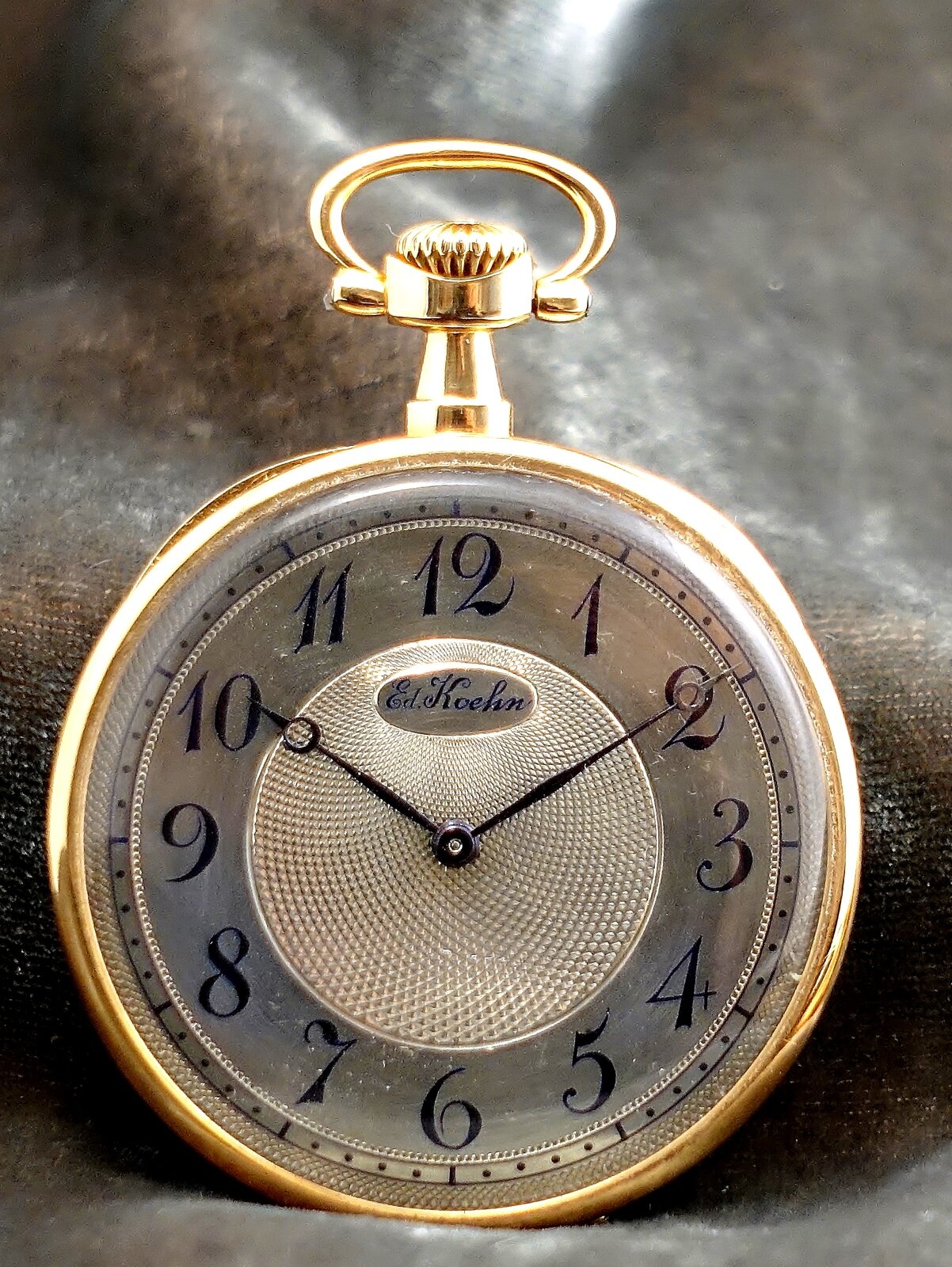 Interestingly, my Koehn has wolf-teeth winding gears, which your presumably higher-grade Ekegren does not have. Many Ekegrens have Pat. Feb. 5 67 engraved under the regulator. I presume that is referring to the Reed whiplash regulator patent. Let me know if you disagree.

I question the validity of your "trick" for determining whether an Ekegren was made by Ed. Koehn, looking to see if "EK" in "Ekegren" on the dial are both capitalized. I just checked all my pre- and post-Ed. Koehn Ekegrens. "EK" is capitalized on the dials of all of them except for one which does not have a signed dial.
Last edited: Sep 14, 2022
Toggle signature
Please see the C.H.Meylan and Touchon serial number databases that I maintain. C.H. Meylan Serial Number Database.docx and
Touchon Serial Numbers.doc
Reactions: John Cote
D

Normally, I attribute Ekegrens to Koehn by serial number . Shortly after Koehn took over, the serial numbers jumped to 70K and up.

Evidently, they used the older sequence under Koehn for some watches and the your posted example has a lower serial number than mine.

How do you know your Ekegrens with this signature are pre Koehn?

I had not noticed the EK trick until I was editing the photo to post it.

Last night I attended local watch & clock group with Tom McIntyre dry running his talk on Chamberlain for the October seminar in NYC. He described how Koehn and Chamberlain were good friends and also told of this secret signature. He s my source.

I have six Ekegrens with Ekegren-signed dials. I believe four are pre-Ed. Koehn because they do not have serial numbers on their movements, except for one that has the number under the dial. (I haven't the skills to check on the other three.) All four have Ekegren-signed cases with serial numbers between 15,851 and 19,147, which I understand to be numbers in the pre-Ed. Koen era. Three of these watches have special setting mechanisms that I associate with Ekegren. #16,219 has an 1874 inscription and #19,147 has an 1897 inscription. Both dates are before the Ed. Koehn-era.

The other two Ekegrens have serial numbers on their movements, one #70,509 and the other #78,209. I understand these to be Ed. Koehn-era serial numbers.

Here are the dial signatures on my four pre-Ed. Koehn watches, all of which capitalize the letters "EK" in Ekegren. 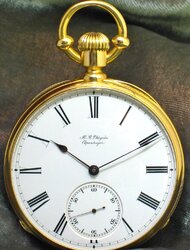 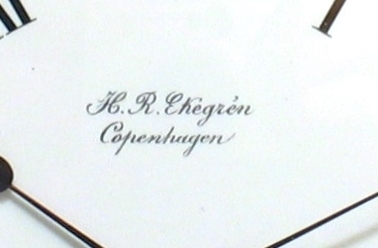 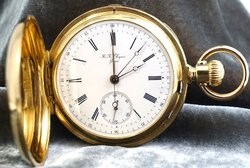 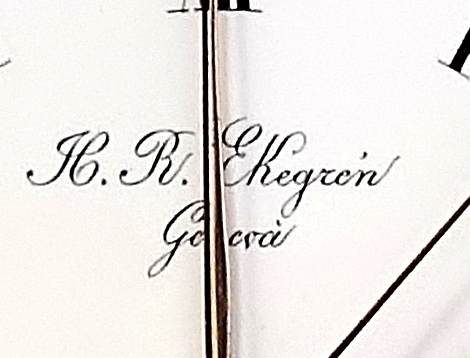 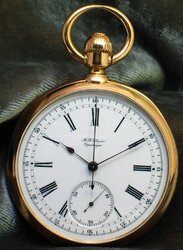 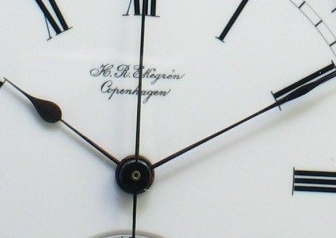 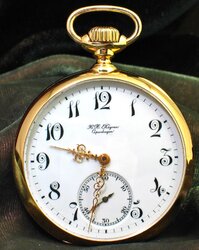 What isn't irrelevant is that your watch in post #6 and my watch in post #4 are so similar (same dial, likely the same case, and same hands) that they surely had a common source. I wouldn't be surprised if Koehn supplied your watch to Ekegren, if Ekegren supplied my watch to Koehn, or if a third party supplied both watches to Koehn and Ekegren.

To my knowledge, Ed Koehn went directly from being a partner at Patek Philippe to owning Ekegren. He was never in a position to supply movements to Ekegren.

I beleive you have established that Koehn was behind Ekegrens from 17555 and possibly even lower serial numbers. Until I saw that one, and heard Tom's talk, I believed that Koehn watches were numbered above 70,000.

I own Ekegren #16165 which is signed Ekegren with a small "k", in a case signed by Ekegren only, and without a serial number in the movement. It is at least 16 size. 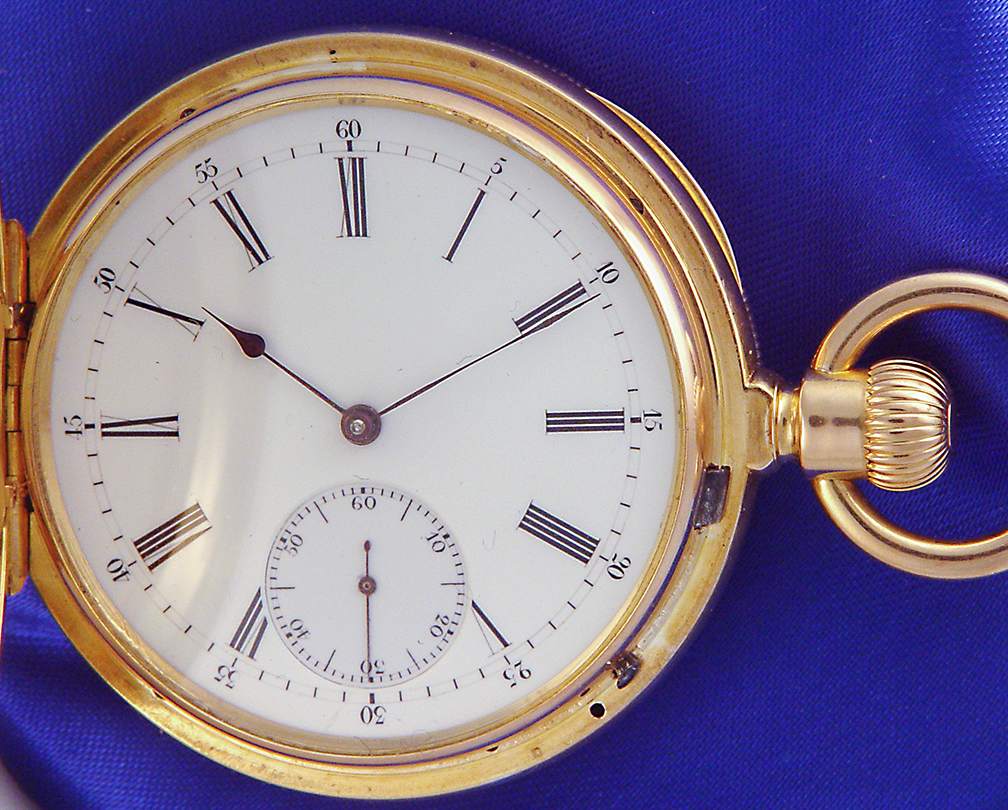 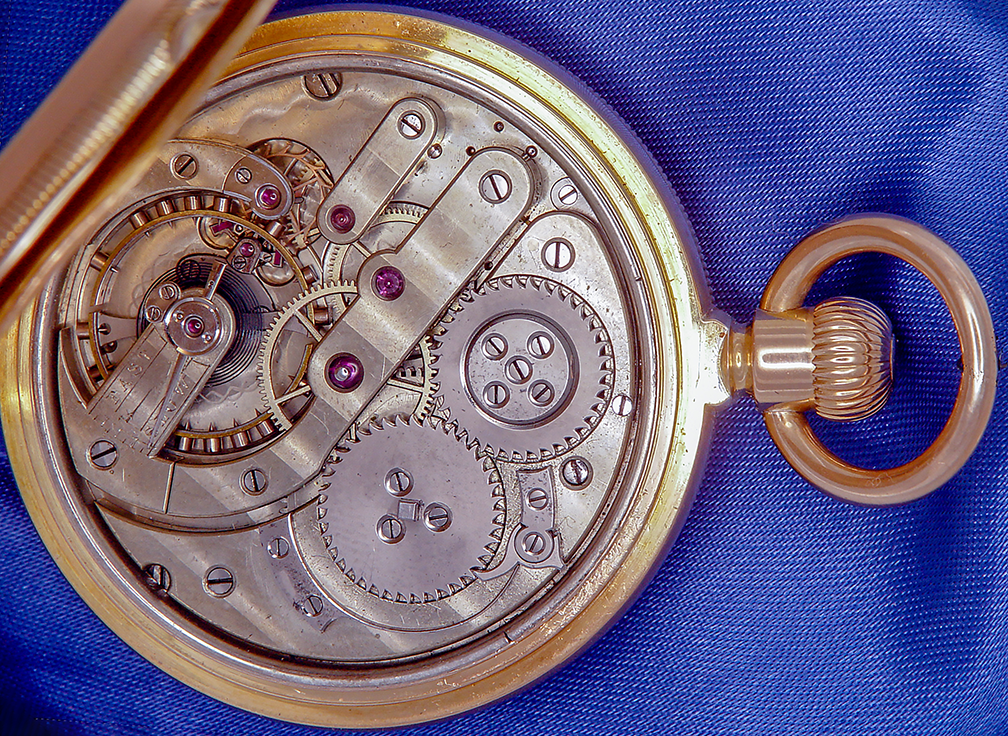 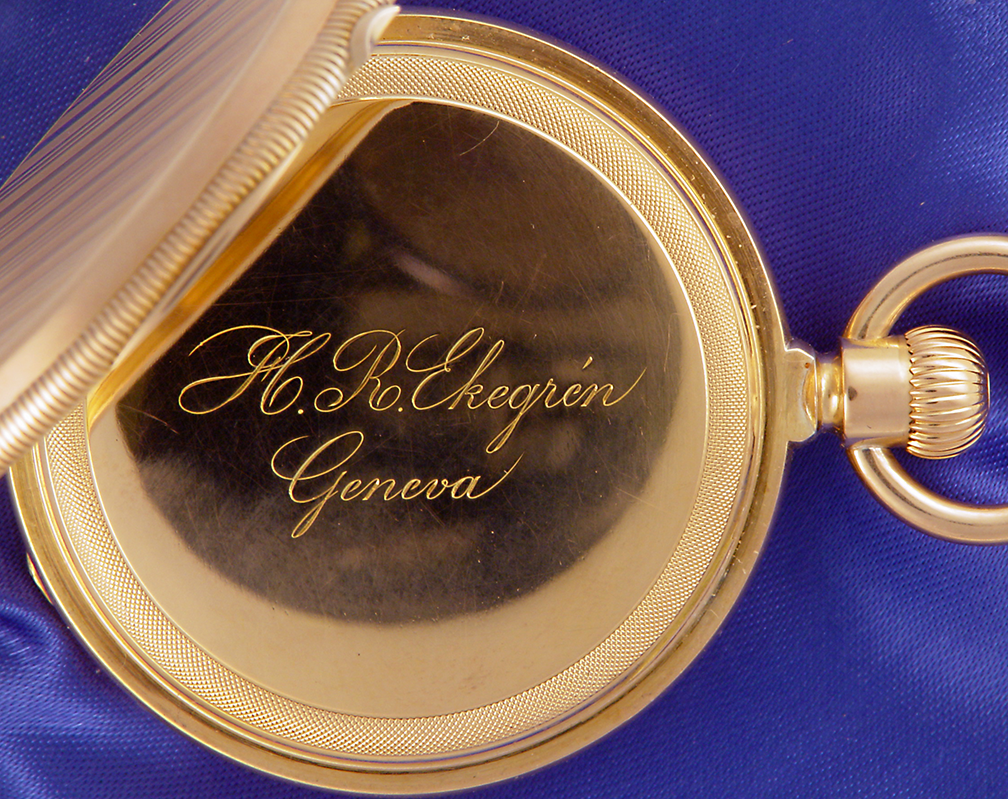 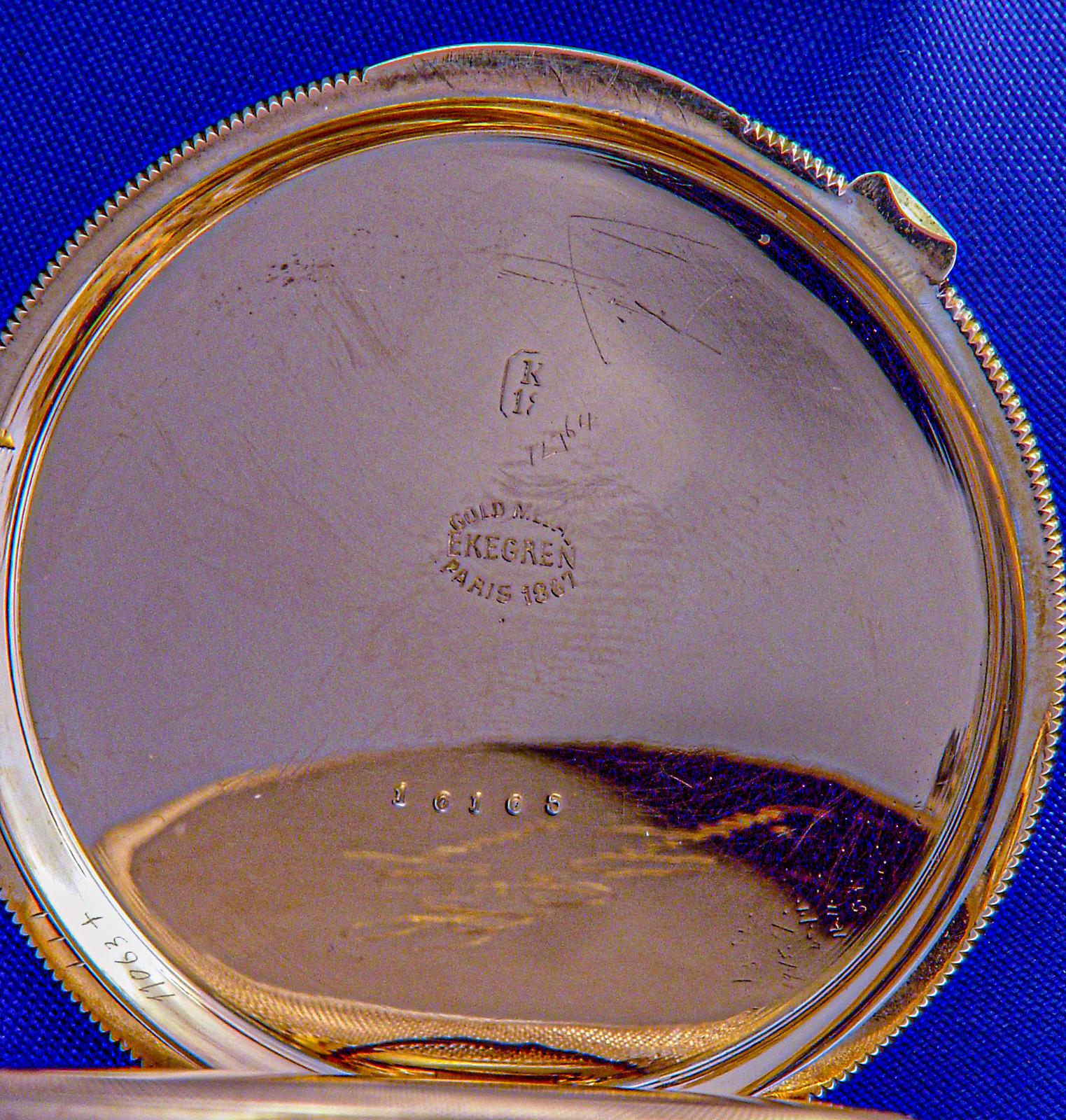 The hook is a Jurgensen lip.

I beleive your 16219 is one of the first Ekegren Koehn watches. Congratulations!
Reactions: roughbarked

C
Info on a Tiffany and Co Pocket Watch