Found this interesting piece in an estate collection. Comes with an interesting story. Was found by a Civil War soldier on battleground. He pawned it to another soldier and never went back to pay off the loan. That person was told by another soldier who the original owner was. He was reported to be a wealthy young man from NY who was drugged and kidnapped and sent to war as a "substitute." The young man wanted to go to war anyway and didn't resist further. He was later reported as killed in battle. The person who held the watch as collateral (grandfather of the estate holder where I found it) tried to find the family but could not. So... it ended up in a Vermont estate. I haven't figured out Grandpa's unit yet, but will. Anyway a fun piece in really nice condition. Wants to run. Particularly interested if the watch was cased in England or the US. I'm guessing US. rbarn64850 said:
Wants to run. Particularly interested if the watch was cased in England or the US. I'm guessing US.
Click to expand...

The few hallmarks certainly aren't English, and since a great many watches were exported from Liverpool as uncased movements to avoid US customs duties, it's most probable that it was cased in the US on arrival; the style of the case and its decoration are fairly typical.

As for it being early, well, it depends where you want to start. It dates from the 1830s or 40s and is a fusee lever, but watches were being made in the Liverpool area from at least the early 17th century. The signature on the top plate is rather similar to the famous Joseph Johnson, (no 'e'), of which much has been written here and elsewhere. The name may appear in some Liverpool street or trade directories, but it isn't in Loomes, and this may be what could be charitably termed as a 'tribute piece' if you didn't want to call it a counterfeit. Most names on English watches are for the vendors anyway and no one person ever made an entire watch from start to finish.

It has some of the characteristics of Liverpool movements, but the execution is somewhat approximate and it may have been made, or at least finished, in Coventry. It isn't clear from the pictures whether the balance endstone is intact, possibly an effect of the lighting but it should be a diamond. It does need a good clean, which will allow you to look at its internal condition if you do it yourself.

Good luck in your search for its provenance.

The case does not look American to me, can you post
clear photos of the Hallmarks.


Thanks
Rob
Toggle signature
As the American Pocket Watch Forum Moderator I am here to help. Please do not hesitate to contact me with any questions or concerns you may have. I also can give referrals to watchmakers, case
repair, crystal replacement, hand replacement, etc https://www.youtube.com/watch?v=z8HyGSieeTQ Rob

Like Graham I suspect that while frame may have been from Lancashire, the movement was probably finished in Coventry. It may have passed through Liverpool, at least the docks at the start of its passage to America, but I doubt if it spent any time with Liverpool watch makers. I did check a few directories, no Johnstones that I could find listed as watch makers. Joseph Johnstone was a relatively uncommon name in Liverpool at the time. I did find one listed as the Belgium Consul in 1853. So like Graham I think this was a movement signed in a manner to deceive American buyers that it was made by a watchmaker in Liverpool. From the style and the case marks I agree likely to be a movement cased in America possibly with a dial that was made in continental Europe.

If the dust cap has a maker's mark on the inside, a photograph of that and clearer photographs of the case marks, might provide further clues.

Here another Johnstone and all that Ive found about. The case of the watch have the same number like the watch and london hallmarks 1854 and i saw another watches by "Johnstone" and Johnstone&Co.

A “Liverpool Runner” By Joseph Johnstone 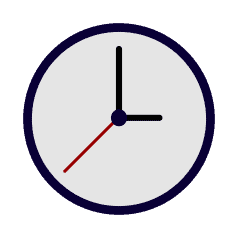 Here are a few better images of the case markings or lack thereof. Thank you everyone for your input. Much appreciated rbarn64850 said:
Here are a few better images of the case markings or lack thereof. Thank you everyone for your input. Much appreciated
Click to expand...

It sure looks like an American made to look British case to me. It is certainly an interesting piece of American watch retailing history.
Toggle signature
John Cote
NAWCC Board Member, Time Nerd, Chapters 149 & 18
Reactions: Royal
R

John Cote said:
It sure looks like an American made to look British case to me. It is certainly an interesting piece of American watch retailing history.
Click to expand...

I found this bit of information on the internet.
Loomes (a standard reference book for "watchmakers") does list a J H Johnstone & Co operating in New York in around 1820. The name of that company suggests that it was an operating company set up in New York to act simply as a broker who brought in movements from J Johnstone in Liverpool and had them cased in America - Loomes also lists a James Johnstone working in Liverpool in 1789, and he could be the real maker of the movement
UPDATE: THE POST WAS ACTUALLY HERE ON THE NAWCC FOREIGN FORUM FROM MAY OF 2016 BY "OMEXA"

rbarn64850 said:
Loomes also lists a James Johnstone working in Liverpool in 1789, and he could be the real maker of the movement
Click to expand...

That's unlikely, since your watch is signed for a Joseph Johnstone, and these watches were rarely if ever signed for their actual 'makers'. They were always the product of a large group of specialist craftspeople, some of whom may have worked directly for the signatory but most of them were probably self-employed 'sub-contractors', and the signature was usually for the vendor.

I knew I had one of these odd watches somewhere, and it has taken a while to find it. Thought I might start with the signature, I can't remember seeing this type of signature used before, though I would say another proof of a fake watch coming out of Coventry? Nice looking movement, which is in a silver case hallmarked for London. The word PATENT is written on the dial alone, which is quite odd, the watch is a Massey III. The hallmarks for London 1832, the TG being for Thomas Greves, 17, Camomile Street., London Inside the dust cap, is just the number 23, the last two numbers of the serial number 9023. The hands I think are replacements, changed later in America.