As you can see, even in these greyscale photos, the dials were quite damaged. The dials looked to be silk screened, but having done some T-shirts, I didn't have the skill to do offset screening which metal requires. Plus, making the screen is no piece of cake either. When I saw the filmless water slide decal paper, I decided to give it a test run. My resilvering didn't go as well as it did for other dials I've done. I'm not sure why, but since I had no idea how the ink transfer was going to turn out, I settled for "okay."
I started with the dial that had thick numbers, thinking they would be easier to deal with. I printed out the first dial in reverse on the transfer paper with my laser printer. I was not very confident about the very thin lines for the minute ring, but it was a test, so I followed the instructions. While pulling off the film, strangely, none of the ink pulled off the thin lines, but I did get some small spots of ink that pulled off the numbers. Fortunately, they were all inside the number. A quick dot with my thin line sharpie fixed that. The lighting in the photos below is not true to life - the silvering didn't come out that bad! They do show how the numbers came out. The second dial had very thin lines on the numbers. I heated this one longer in the oven and was more careful when pealing the film. I didn't lose any ink on that one. I have a feeling it was the very gentle pulling rather than the extra time in the oven. I was amazed on this second dial that the tiny little "silent" and "chime" came out clear and sharp. Anyway, this is another option for dials that look as bad as these did. No, the end result isn't even close to perfect, but it looks a whole lot better. The paper is made by Sunnyscopa. I used Type M. What I liked about it was that it left only ink, no film coating to deal with.
Last edited: Mar 15, 2022
Reactions: Dave T and TJ Cornish

Here is is back in the case. I'm so glad I found a way to redo the dials. Nothing bothers me more than a messy dial. I don't mind faded or aged, but when there is splotches all over the dial and poorly added numbers, I can't live with that. Good job, can you provide some detail on the process and the source for materials?

Sunnyscopa has their own website for purchase of the paper; SUNNYSCOPA PAPERS. I used Type M, because I saw in the list "metal". I think the paper can be found at other suppliers. I bought the 20 sheets, since I didn't want to spend a lot if it wasn't going to work. All the types can only be used with a toner type Laser printer. I think they can also be used with an inkjet, but am not sure. To apply the decal, I simply followed the instructions provided with the paper.

As for the dial image. My method is to scan the original and use it as a template. I use Adobe InDesign. The pen tool creates points so that I can outline the numbers, then fill. The points can even be placed so that you can change the curve of the line. Minute ring and lines are simple enough to do with the Ellipse and Line tools. For alignment, I mark the arbor holes with circles just a little smaller than the holes themselves. Once the image is done, it is reversed for printing.

Resilvering the dials is a another whole process in itself. Resilvering kits can be purchased at the clock parts suppliers. I think I got mine from Priory in England; Priory Polishes - DIY, Wood Finishes & Restoration Materials. I was a little concerned that the oven heat at 300 degrees and then 350 degrees for drying the decal might discolor the silvered dial. But that was not the case. I was also concerned that spray lacquering the dial to preserve the silver might bleed the ink. It didn't. I used the recommended "ghost" coat for the first spray, and after that dried, two more heavier coats. Everything came out fine.

This is a really nice method for clocks that come out looking revived, except for the tarnished or worn dial.
Although this photo is blurry and from a tiny one that I keep in my record book, it does show how the worn dial detracts so much from the overall look of the clock
. Thought a side by side would help show the difference a renewed dial can have. Found the original scans for more comparison. I think the filmless water slide decals are incredible.
. Was the entire dial done as one big decal, or was it several decals to make up the rings and numbers? Is the dial flat or slightly domed?

The dial is done with a single decal. The dials are about six inches in diameter, so the decal isn’t difficult to apply. I have used the decal paper on mostly flat dials. This one has the raised ring. No problems applying the decal to the curved surface. 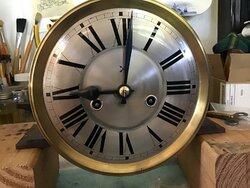 Does the decal cut easily and cleanly with an X-ACTO knife? You said that you mark the holes with a slightly smaller circle. Does it have to dry or "cure" before cutting out any openings and trimming the edges? Thanks for sharing your findings and dials!
Toggle signature
Unless otherwise noted, any photographs and images in this post are owned by the poster and should not be used without permission.

The decal is rough cut with scissors. No cutting is required after the film cures, as the film is pulled off. The decal is soaked quickly in warm water. With the decal being printed on top of the film in reverse, the film can easily be slid a bit off the backing paper, then placed down on the dial holding the film edge as the backing is slid off the rest of the way. Since the film is wet, it can be repositioned by sliding. After heat curing the film, it is carefully pulled off leaving only ink.
Reactions: PatH

Perfect - I was thinking decal meant part of it stayed on the, rather than a transfer process. I'm sure I read that, but totally forgot. Thanks!
Toggle signature
Unless otherwise noted, any photographs and images in this post are owned by the poster and should not be used without permission.
You must log in or register to reply here.
Share:
Facebook Twitter Reddit Pinterest Tumblr WhatsApp Email Link
Know Your NAWCC Forums Rules!
RULES & GUIDELINES 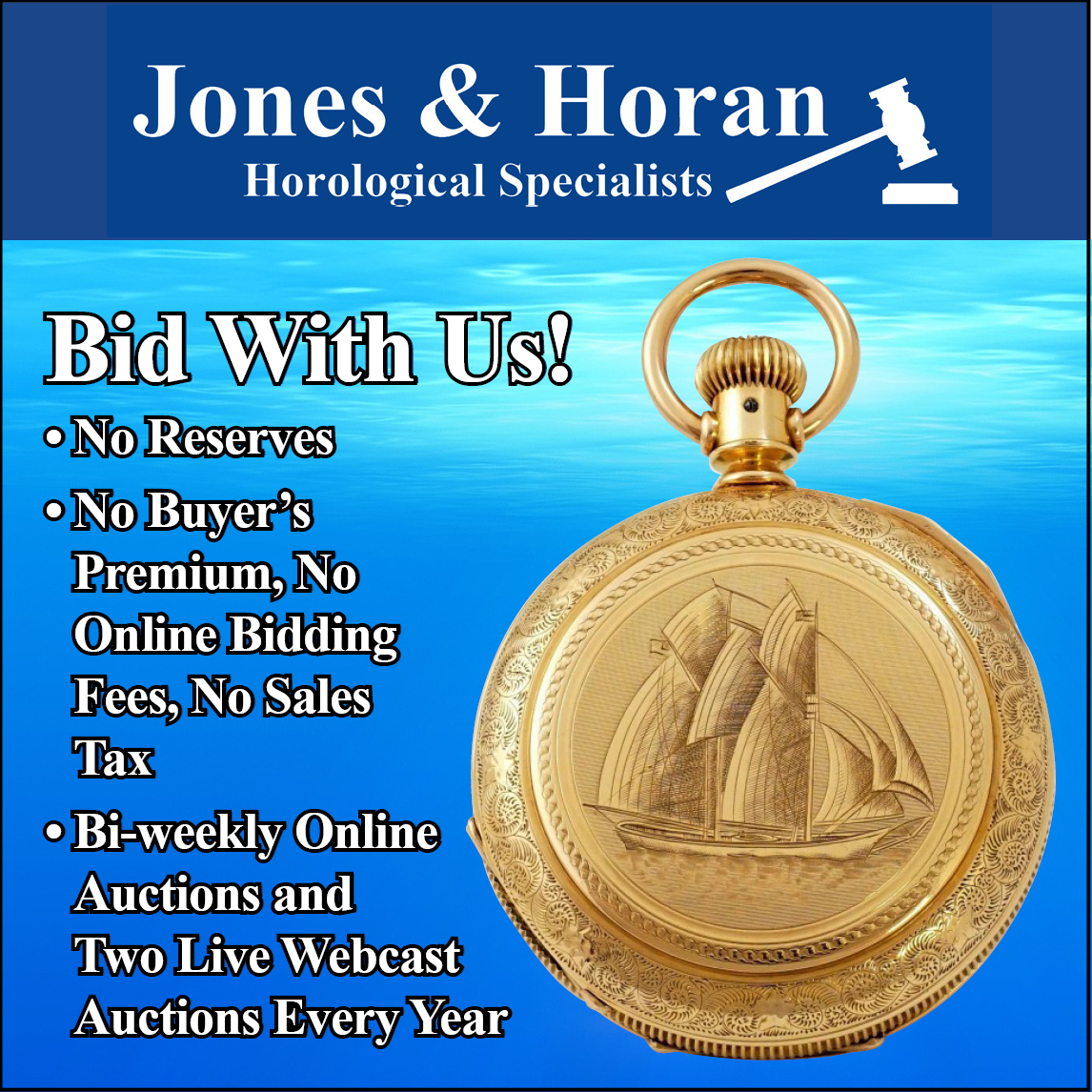