Looking for info related to the trademark found in the pic. It is on a 3 weight, quarter hour repeater clock I recently acquired. 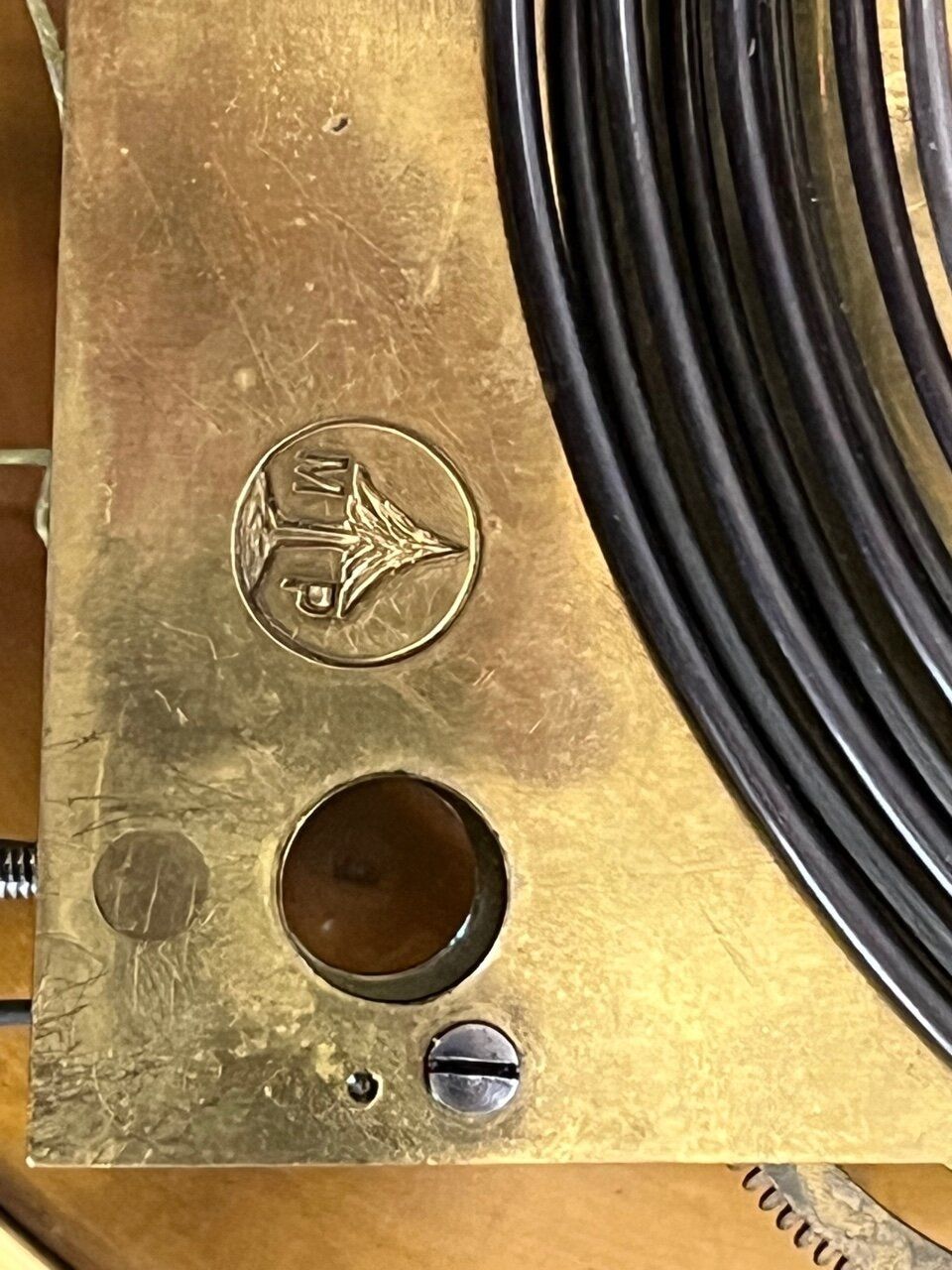 Kurt
Toggle signature
Working on anniversary clocks is the definition of insanity...doing the same thing over and over but expecting different results!
W

Thank you. I have been flipping through the Trademark Index book for the last hour and never spotted it.

wylekylote said:
Looking for info related to the trademark found in the pic.
Click to expand...

According to the Lexikon (translated by Doug Stevenson):

Josef Mühlhauser, a manufacturer of stamped metal-wares in Vienna, wanted to make his own clocks. His own efforts failing, he was able to gain ca. 1882 the services of Franz Pleskot, the Werkleiter ("plant manager") of another clock factory. Pleskot was to oversee the making of "Japy movements" in Karlstein.

By 1883, some 25 workers were making about 180 clocks a week. The PMK trademark was apparently used for only a few years, and Pleskot's name is no longer found as of 1888. The Mühlhauser firm was still mentioned as of 1912.

Pic of the complete clock. 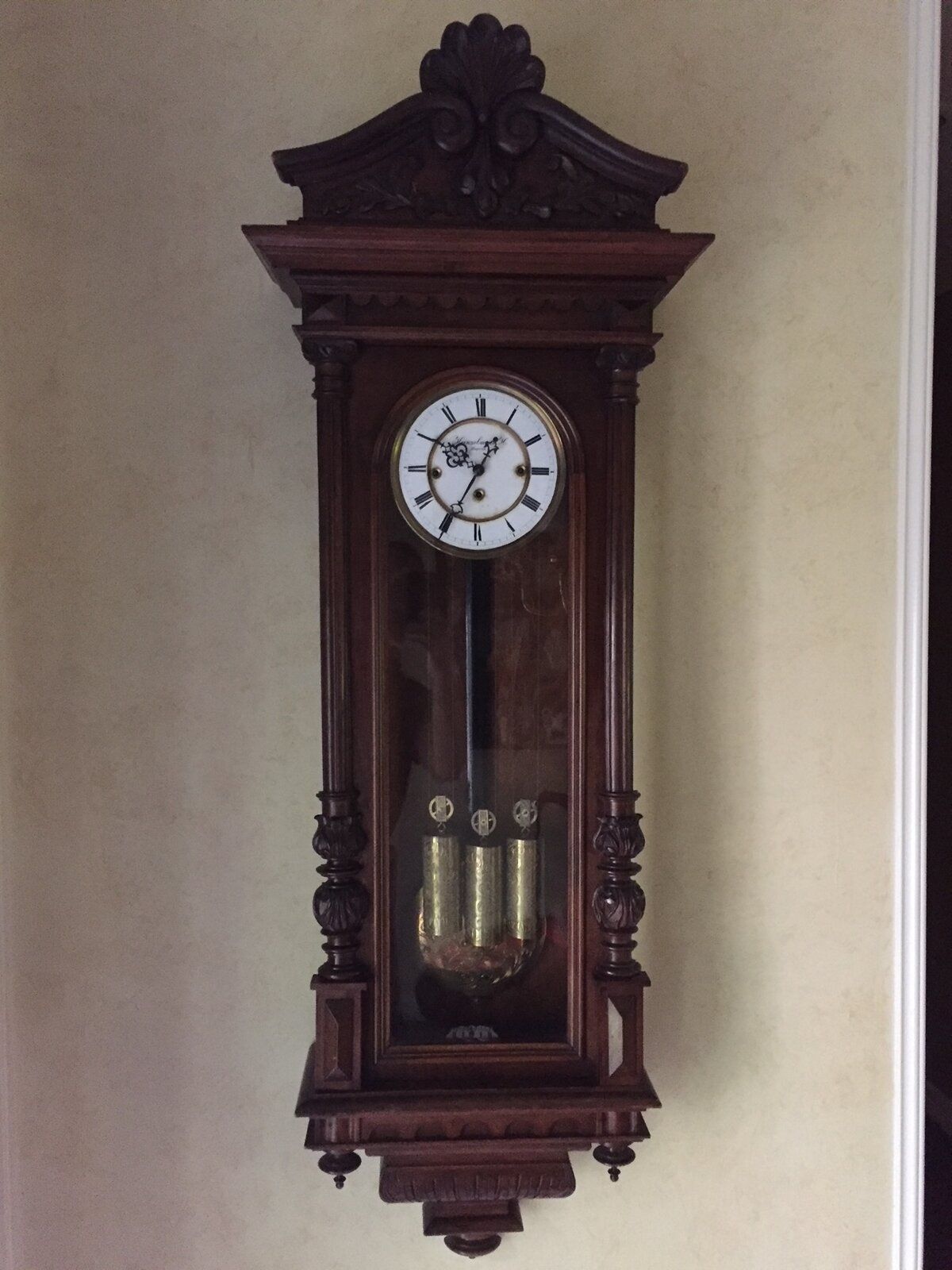 Can you tell us what the wording is on the dial? Also please show picture of the back plate of the movement.

Sent it off for a little adjustment and will post pics when I get it back.
W 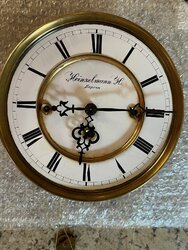 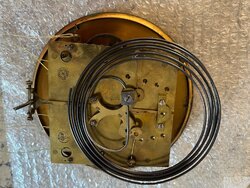 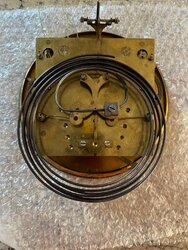 Finally got it back, so here are pics of back plate and dial.
J

Sopron is a town in Hungary, on the Austrian border, In German it was called Ödenburg. At the time this clock was made it was all part of the Austr0-Hungarian empire.

H. Heinzelmann was probably the retailer. Despite his German name, he has followed the Hungarian practice of surname first, forename second, and has used the Hungarian name of the town.

The logo on the back plate is that of Mühlhauser & Pleskot in Vienna, at that time one of the largest Austrian clock manufacturer.